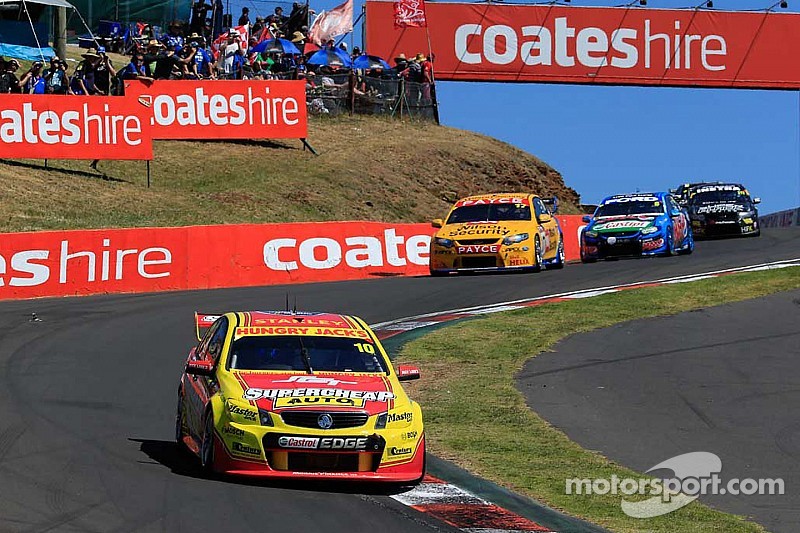 V8 Supercar endurance driver Tony D'Alberto is hoping that the struggling NZ Supertourer series sorts out its problem before next weekend's round at Pukekohe.

D'Alberto, who until the end of 2013 was a full-time driver in Australia's V8 Supercar Series, is now running a three-part racing programme that involves the Australian GT Championship, New Zealand's NZ Supertourer Championship, and the three endurance races in V8 Supercars with Walkinshaw Racing, partnering Tim Slade.

But troubles with the Supertourer series across the ditch have put a dent in D'Alberto's plans to get as much mileage as possible before the crucial V8 races at Sandown, Bathurst and the Gold Coast. The last two Supertourer rounds, scheduled to be held on New Zealand's South Island, were cancelled as teams struggled to come up with the travel finances, and now next weekend's round at Pukekohe is also in doubt.

D'Alberto, who has a deal with Angus Fogg Racing, told Motorsport.com he is sweating on getting the seat time in a car that is so similar to an Aussie V8.

"Hopefully the Pukekohe round will come off and I can go to NZ and do it," he said. "The deal is all there, done, it just depends on whether the round goes ahead.

"I'm hoping that's going to happen, because at the moment I just need to keep getting miles in cars, so that when I get to the V8 Supercar enduros I'm raring to go.

I use it not just to be racing, but for miles in those cars, because sitting on your backside at home doesn't acheive anything.

"The cars aren't quite as refined as a V8 Supercar, and the driving style isn't exactly the same, but its still a big heavy car with too much power for the tyre. And they move around a lot. It's not anything like a GT car, it doesn't have as much grip as a Porsche, so the characteristics are quite similar to a V8.

"I use it not just to be racing, but for miles in those cars, because sitting on your backside at home doesn't acheive anything."

While his plans in New Zealand are still up in the air, D'Alberto has locked down his immediate plans in the Australian GT Championship.

It has been announced that TV star Grant Denyer will join D'Alberto in the Maranello Motorsport Ferrari at next month's 101-lap enduro at Phillip Island, the team's first race back since crashing out of the Bathurst 12-Hour.

While Denyer is best known as the host of Australia's version of Family Fued, he is also an accomplished part-time racer, having previously competed in V8 Supercars at second-tier level.

"He hasn't done a lot of GT stuff yet, but if you look at the amount of racing he's done over the years he's actually done more than you might think," said D'Alberto.

"Because he's been so successful on TV, people just think of him as a TV host. But he's done quite a bit of racing, and he keeps his hand in pretty regularly.

"As an amatuer goes, he'll be one of the quicker ones. That's the challenge; at Phillip Island we need two drivers, and you can't have two professionals in the car. But you also don't want to have a pro and an amatuer that are 15 seconds a lap apart, because you'll get hosed."

Having missed the pre-season V8 Supercar test at Eastern Creek because of its clash with the Bathurst 12-Hour, D'Alberto will be back in the Walkinshaw Racing Commodore V8 Supercar during the co-driver practice session in Perth at the end of the month.

"Then it will be quite regular for the remainder of the year, so every Friday session available for the rest of the year I'll do," confirmed D'Alberto.

"And we have ride days coming up as well. Then the one test day before Sandown.

"It's even little things like practising coming into pit-lane hot, things you're not doing all the time anymore."

Davison: No apologies for being passionate

V8 fans have to give pay TV a chance