Scott McLaughlin and David Reynolds led the way in the third and final Supercars practice session at Hidden Valley. 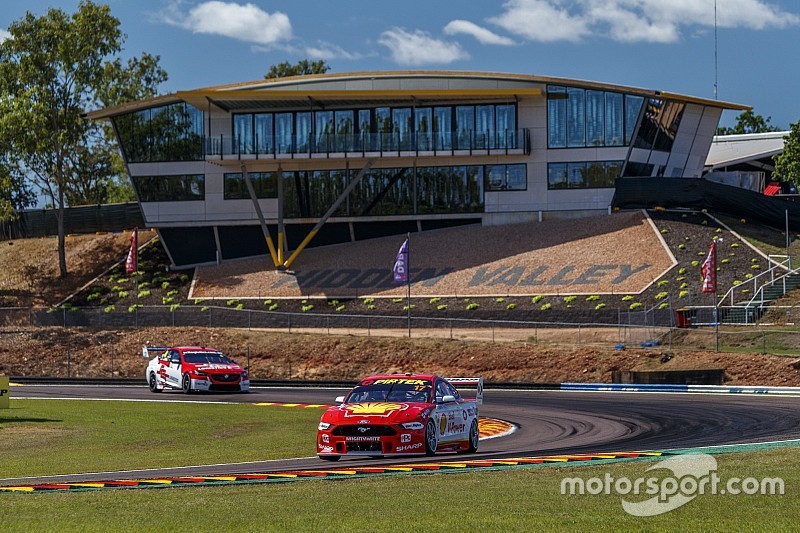 Anton De Pasquale was fastest out of the blocks, the Erebus driver going quickest on his third lap with a 1m06.566s.

It didn't take long for McLaughlin to improve that benchmark, though, the points leader going four-tenths clear of the field with a 1m06.118s on the eight minute mark.

There were few meaningful improvements through the middle part of the 30-minute hit-out as crews worked on race set-ups.

It wasn't until there was 10 minutes to go that anyway made an in-roads on McLaughlin's gap, Reynolds halving the advantage to two-tenths.

McLaughlin re-emerged with four minutes to go on a fresh, but not green set of rubber, going purple in Sector 2 but ultimately falling short of his earlier benchmark.

Not that it mattered, none of the late improvements good enough to trouble either McLaughlin or Reynolds.

“It was a free session because It doesn’t really mean anything,” said Reynolds.

“Yesterday Practice 2 meant something, it was the first part of qualifying, so we couldn’t go really stupid with our set-up and try some out-there stuff.

“That was the session to do it then.

“I think the car was better yesterday, I don’t know whether that was the tyres we had yesterday that were a bit better, but we’ve got to work it out.”

Jamie Whincup was best of the late improvers, the Red Bull Holden driver making up 11 spot on his final run as he moved into third, just three-hundredths off Reynolds.

That time dropped De Pasquale, who had improved moments earlier, down to fourth, ahead of Cam Waters and Andre Heimgartner.

Scott Pye and Tim Slade were next, with Shane van Gisbergen and Jack Le Brocq rounding out the Top 10.

“I’m actually not too stressed. We tried a couple of things,” he said.

“We had a good run yesterday in P2. I think we’ll put some tyres on it and be fine.”