Date and layout locked in for Newcastle Supercars race

Supercars has locked in a date and revealed the final circuit layout for the new-for-2017 Newcastle 500.

The Newcastle 500 will be staged on the November 24-26 weekend, a week later than the series had initially hoped for. When launching the race, to be staged 162 kilometres north of Sydney, Supercars expressed interest in the November 17-19 date for its season finale – although that date was quickly snapped up by Rally Australia, which is held in Coffs Harbour, a couple of hours north.

As a result Supercars has settled on the following weekend, which means the season will still be a week shorter than it was this year.

In terms of layout, Supercars has revealed art of a waterfront 2.6-kilometre circuit, which will take in a portion of the Newcastle CBD and local highlights such as Nobby’s Beach, Fort Scratchley, and the Harbour Foreshore.

“This is a world-class circuit that will make for exciting racing for the people of Newcastle,” said Supercars CEO James Warburton.

“We can’t wait to come to Newcastle and deliver great entertainment on and off the track and showcase the city to the rest of Australia and the world.”

"Supercars has adjusted the design of the circuit to minimise disruption while still capturing everything that is spectacular about Newcastle including its famous coastline,” added Newcastle’s Lord Mayor Nuatali Nelmes.

“We know locals are excited about Supercars coming to Newcastle and we want to ensure this event is an outstanding success.

“With the date and track now locked in we can look forward to planning the next 11 months before the Supercars take to the streets showcasing Newcastle on a global stage.” 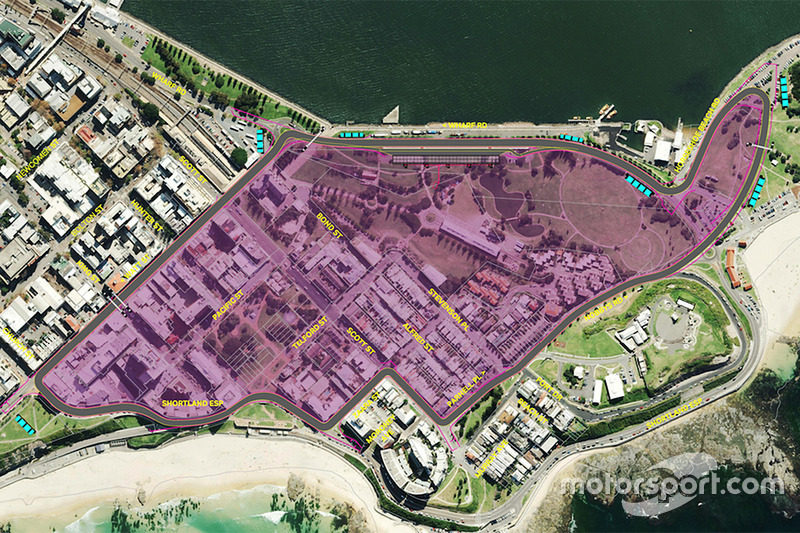 Rendering of the Newcastle street circuit

Words with Cam Waters: Ending the season with a bang