Dick Johnson Racing has confirmed that Will Davison and Anton De Pasquale will race Shell Mustangs for the 2021 Supercars season. 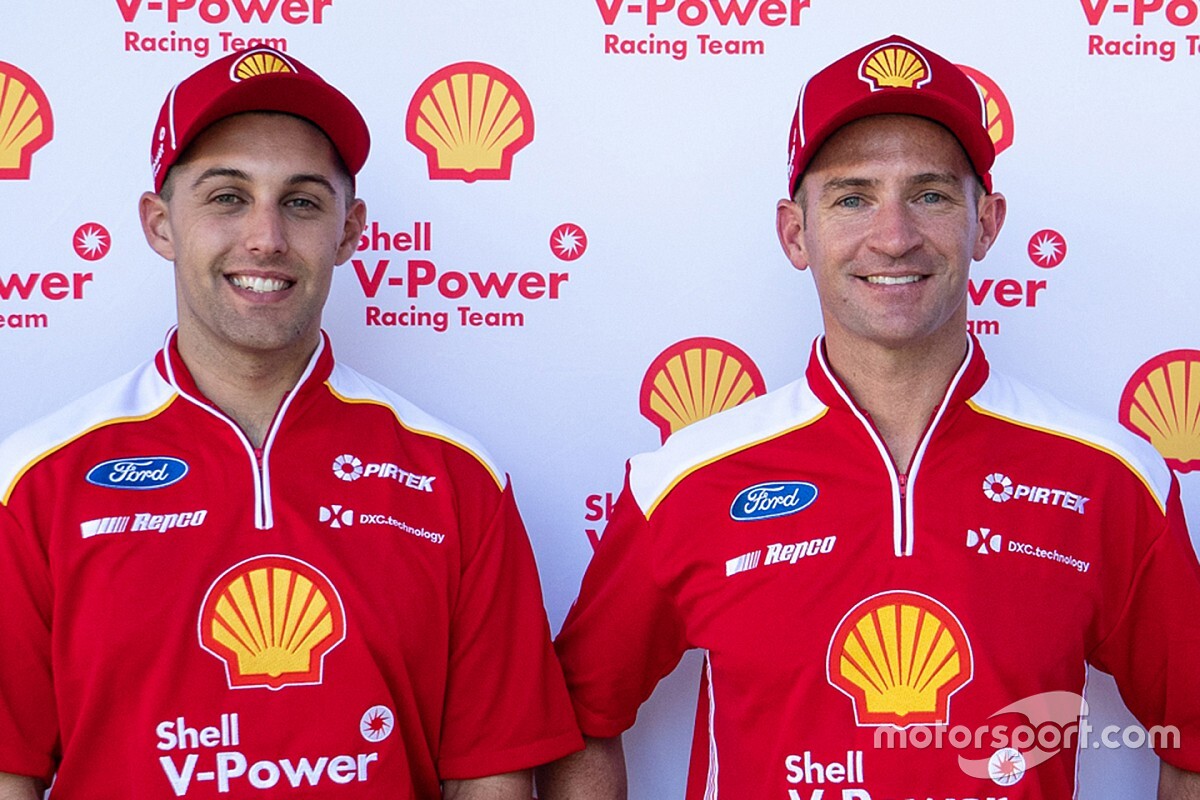 The all-new line-up has been one of the worst kept secrets of the silly season, both drivers long linked to DJR.

De Pasquale has been touted as a future Scott McLaughlin replacement for well over a year, while Davison emerged as a contender for a drive shortly after splitting with Tickford Racing earlier this year.

The recently-announced DJR/Team Penske split opened the door for both to land DJR seats, with McLaughlin IndyCar-bound and Fabian Coulthard shuffled out of the regular line-up.

That's now been formally confirmed, DJR today making it official that Davison and De Pasquale will drive its two Shell-backed Mustangs next season.

For Davison the news marks a homecoming, his Supercars career having started with a three-year DJR stint between 2006 and 2008.

“They are an excellent combination," said DJR co-owner and managing director Ryan Story.

"They are both fast, they both have runs on the board, and they will do very well for Dick Johnson Racing and the Shell V-Power Racing Team.

“Will is someone who is incredibly experienced and also well-known to the team. He really kick-started his full-time Supercars career here and drove for us from 2006 to 2008. So it’s somewhat of a homecoming, and we are please he’s joining the fold.

“In the case of Anton, he is one of the up and coming, next-generation drivers in the sport, and he’s shown his tremendous talent on the track and his professionalism off it. He’s a driver’s driver."

Dick Johnson added: “Will and Anton are great new additions to our team, and I couldn’t be happier.

“I’ve known Will forever, and he showed again at Bathurst his exceptional speed and maturity.

"Anton is someone who caught my eye even before joining Erebus in 2018 with his exploits overseas. He’s a real talent and a future champion of the sport.”

Not only is the drive a return to familiar surroundings for Davison, it's also a return to a full-time drive.

Despite a strong start to the season in Adelaide for Tickford, the two-time Bathurst winner was left without a ride following the pandemic-induced break that followed, after sponsor Milwaukee Tools pulled its backing.

He re-joined Tickford for the Great Race, finishing second alongside Cam Waters, before this switch to DJR.

“I’m thrilled to be joining the championship-winning team, and after a strong weekend at Bathurst, I feel I’m well-positioned to have my best season yet," said Davison.

“I’ve always maintained close relationships with Dick and Ryan over the years. I’m massively motived to be back where my Supercars career started, and I’m looking forward to working closely with Anton."

De Pasquale added that he feels the DJR move is the next step in his career, following his Erebus stay that yielded a win and six podiums.

“I really enjoyed my time at Erebus, it was like a big family, and I am grateful to them for giving me the opportunity to step up into the main game," he said.

“Now, I’m ready to take the next step in my career. I’m excited at the possibilities of what I’ll be able to achieve at the Shell V-Power Racing Team and with Will as my teammate."

There's still plenty to play out in the Supercars silly season, including where Coulthard could land following his DJR exit.

Brad Jones Racing, Kelly Racing, the expected standalone Tim Blanchard squad and even Matt Stone Racing are all possible destinations if he continues as a full-timer.

He could also become a top co-driver draft pick for Bathurst next year.

Elsewhere there's uncertainty over what David Reynolds will do, with rumours of an Erebus split despite his 10-year deal, and links to both KR and BJR.

Tickford's line-up is not yet set in stone either, that team currently a Racing Entitlement Contract short if it's to stick with four cars.