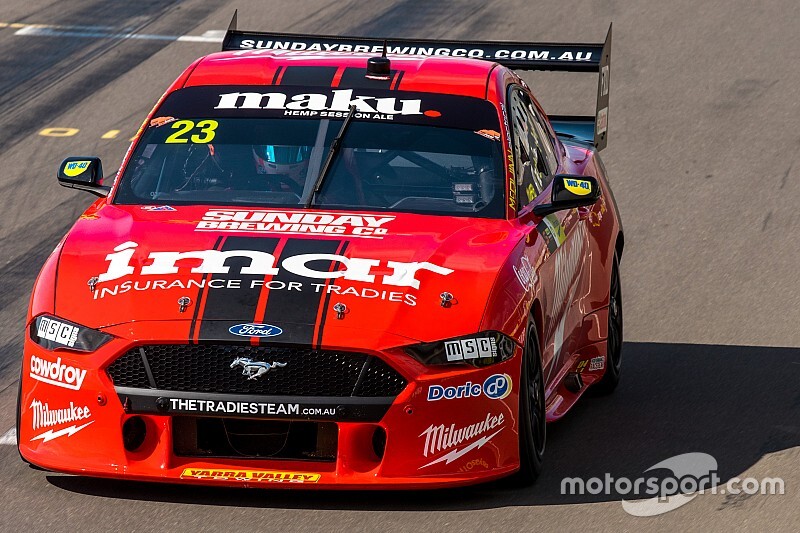 There were some improvements in the closing hour of the day in between light showers, Andre Heimgartner and Anton De Pasquale moving into second and third respectively, however nobody could run down Davison's time.

Heimgartner's second place was particularly impressive, given Kelly Racing's rush to even get to The Bend as it completed its Mustang builds.

A coil pack issue did cause some headaches during the day, Heimgartner and Rick Kelly needing to share parts and therefore unable to run at the same time.

Van Gisbergen wound up fourth thanks to that earlier time, he and enduro co-driver Garth Tander pumping out a day-high 120 laps between them, including a race run on the softer version of the Dunlop control tyre.

Supercars will use data from today's test to determine which of the two compounds will be used for the inaugural 500-kilometre enduro at The Bend in September.

There were plenty of big names that didn't trouble the official scorers throughout the day, thanks to strategically-placed timing beacons around the circuit.

Reigning champion Scott McLaughlin, for example, spent much of the day anchored to the bottom of the timesheets despite holding the fastest middle sector.

He did improve to eighth on the standings by the end of play, behind Nick Percat, Cam Waters and Holden debutant Chaz Mostert.

Team Sydney, meanwhile, made its much-anticipated track debut. James Courtney managed 40 laps and finished up 22nd. The team's new signing Chris Pither missed the first two hours of running, and finished up with just 27 laps and the 23rd quickest time.

The season proper kicks off in Adelaide on Thursday.