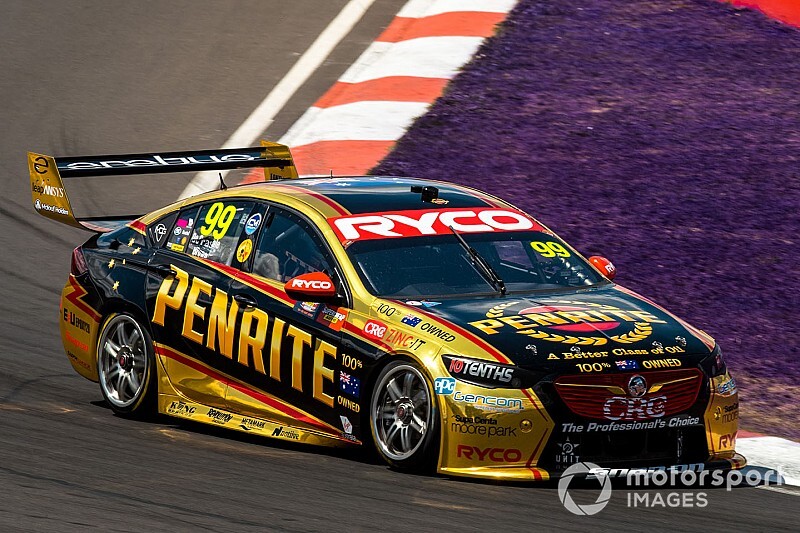 Anton De Pasquale will debut a brand new Erebus Holden on the Gold Coast thanks to his heavy hit in the closing stages of the Bathurst 1000.

The second-year star suffered a jammed throttle on Lap 127 of Sunday's race, which fired him hard into the Reid Park wall.

It's suspected that a rogue piece of ducting caused the jam.

With the damage too severe to repair between now and next week's Gold Coast 600, Erebus will instead finish fitting out a brand new ZB Commodore chassis for De Pasquale to debut on the streets of Surfers Paradise.

"It's a brand new chassis we were going to build over summer, and we've got another brand new one two weeks from being finished, so essentially Anton gets his new one now and Dave [Reynolds] will get a new one to start next year."

While sidelined for now, Ryan is adamant the crashed De Pasquale car will at some point undergo a meticulous rebuild – simply because it's the Reynolds/Luke Youlden Bathurst winner from 2017.

"It'll be repairable," he said. "Jimmy [White], our fabricator, is pretty passionate about that particular car, so he'll fix it no matter what it takes."

Reflecting on the crash itself, De Pasquale said he had absolutely no warning that the throttle was about to jam.

"It was a big hit. I surprisingly feel alright afterwards considering how big a hit it was," he said.

"[The throttle] jammed like 70 per cent, and you go through there at close to zero per cent, so a fair bit of speed.

"There’s nowhere to go, there’s no room for any of that, so in the end the car’s totalled and we have to build a new one.

"That was the first time [it jammed]. It could have been worse than that if it made it a few corners around, carrying a bit more speed, or into the Chase."

When asked if it was the biggest hit of his career De Pasquale joked: "[It's the] biggest one I remember!

"I think it’s probably the first car that’s pretty written off, so I’d say so."