Simona de Silvestro makes no secret of the fact that she wanted more from her three-year stint as a Supercars full-timer. 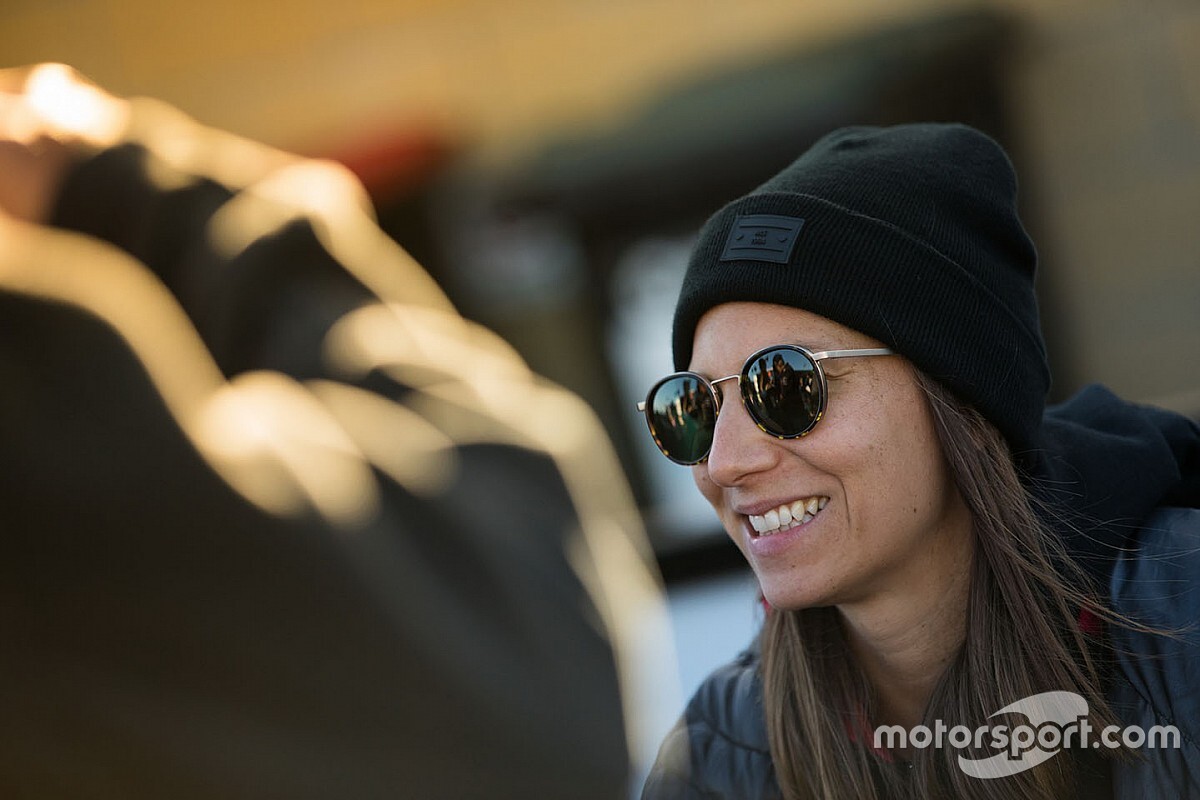 The Swiss star has now officially departed both the series and her Australian base, opting for a move back to Switzerland and a Porsche deal for 2020.

The decision to leave Supercars comes off the back of what was, at times, a frustrating three seasons with the Nissan Motorsport/Kelly Racing outfit. The stint yielded just two Top 10 races finishes (Newcastle 2018 and Pukekohe 2019), and a best of 19th in the standings (2019).

In this Q&A with Motorsport.com, de Silvestro reflects on the ups and downs of the past three years, as well as admitting that she'll leave with a sense of unfinished business down under.

How do you reflect on your three seasons in Supercars?

I think... it was a good experience. I had a lot of fun driving in Supercars, it's a really cool category to be involved in. I think it was a good three years. I learnt a lot, and there were a lot of ups and downs.

Was it harder than you expected? Your initial Bathurst cameos went so well, but the full-time thing seemed tough.

Yeah. In the first year, learning the cars was quite tricky. Everyone driving here has basically jumped from karts into Supercars. So you're on the back foot, because you're trying to learn what you need to know, and develop the race car at the same time.

So the first year that was really tricky, but I felt like I got my head around it pretty well. To be honest, this year I was pretty close to where Rick [Kelly] was, so I think that shows there's been a big improvement even if the results weren't really there.

Yeah there is. That was something that bothered me when it came to leaving.

I feel like every category I've been in, I've been pretty successful. And there it didn't really happen. But I think that's got a lot to do with the circumstances. This year with the Nissan it was difficult, and with the team going down to two cars I don't there there was the input that other teams have had this year.

So in that sense it's been a bit frustrating, but that's how racing goes. Sometimes it goes well, sometimes it's a bit more tricky!

What's been the highlight of your time in Supercars?

Just racing in Supercars. The cars are cool to drive, the competitiveness is really cool, the events we go to are really cool. For me, being European, just to have the chance to race here for three years is amazing. There are a lot of drivers out there that, I think, are quite jealous of that.

I'll always be grateful to have followed that opportunity.

Even just the opportunity to live in a foreign country is cool...

Yeah, Australia isn't a bad place to live! I really enjoyed it, I've met some great people. On the Gold Coast I have a big family circle now, it's been pretty special in that sense. For sure, this won't be my last trip to Australia.

What about the lowlight of your stint in Supercars?

Yeah... I think it's been a bit frustrating not getting the results. That's what it is. Pace-wise we were close, but if everything goes right all you can hope for is a Top 10. I think that makes it frustrating as a driver. You can feel like you drive your butt off for nothing.

But that's how racing is.

Would things have gone differently if the Triple Eight deal had gone ahead?

Yeah, maybe. It's always hard to say, because I never got to experience it. At the end of the day you need people who really want you, and want to push you to be your best. I feel like if that would have happened, that would have been the case.

But you know, everything happens for a reason and now I have an awesome opportunity with someone who is really big and has a massive motorsport legacy, and goes to the race track to win. So it'll be cool to be a part of that.

How close did the Triple Eight deal get?

Where are things at with an enduro drive for 2020?

I'd love to do it. I feel like Bathurst is one of the tracks that's good for me, and pace-wise I've gained a lot of experience. I think it could be good. But it depends on my schedule, to be honest. That's what could make it a little bit tricky, as I'm starting this new programme and I need to focus on it. I can't make a decision right now, and I think a lot of teams want to lock it in. That makes it tricky for me.

So if it happens next year, awesome. If it happens after that, I don't know. But I'd love to come back and it'd be awesome to come here every year and do the enduros.

Has there been some interest out there?

Yeah there's been some talks. But, like I said, I can't commit right not. We'll wait and see what happens.