DJR Team Penske will debut a new transporter later this year, ending a spell for its current trailer that stretches back to John Bowe's title-winning 1995 season.

The Supercars powerhouse is currently still using a transport set-up that was first built and debuted during the 1995 Australian Touring Car Championship season, which was won by Bowe in an EF Ford Falcon.

That means its spent its quarter century-long career hauling Ford Falcons ranging from the EFs and ELs of the mid-to-late 1990s, the much-maligned AU that saw in the new millennium, the BAs and BFs of the 2000s and the FG and FG-X models that rounded out the Falcon era.

The new Mustang will be final racing Ford it transports, however, with a new set of trailers having been purchased from 23Red Racing in the wake of its tie-up with Tickford Racing.

DJRTP is currently fitting out the new trailers, which are planned to be put into service midway through the current season.

According to DJRTP boss Ryan Story, the decision to switch to a more modern unit was made to help alleviate weight restrictions due to the current bogie axle set-up, as well as help

"This thing has had an interesting life," Story told Motorsport.com.

"The B-trailer was built in 1995; if you think back to 1995 that's EF Falcons, that's a championship year [for Dick Johnson Racing].

"It's served its purpose and it's held together really well.

"One of the reasons it's survived as long as it has is that when Dick designed it, it was based on what he'd seen in his experiences in NASCAR in The States. Everything was self-contained, everything had a place, and that's how Dick and DJR always were.

"We overhauled it a couple of years ago to make it better suited. But it's a bogie axle, which means we've got weight restrictions, and it does mean it's a little difficult in terms of its pack-up."

Story added that there are no radical plans for the new transporter, however he would like it to be presented in a way that makes it a "showpiece", given Penske's deep roots in the trucking and transport industry.

"We're starting out with a very good set of trailers," he said.

"We're not building something from scratch, because you're not going to win races with your trailer. But we always say, and Roger certainly says, when you get the presentation right, everything else follows.

"We're a transportation company in this country, and we want it to be a showpiece. We want it to be an addition to the pit tours that we give to our corporate guests over the course of a race weekend.

"We want it to be an area that's functional for our mechanics to work in, serves its appropriate task of carrying all of our paraphernalia across the country, and something that highlights not only the way we do things, but why we're different." 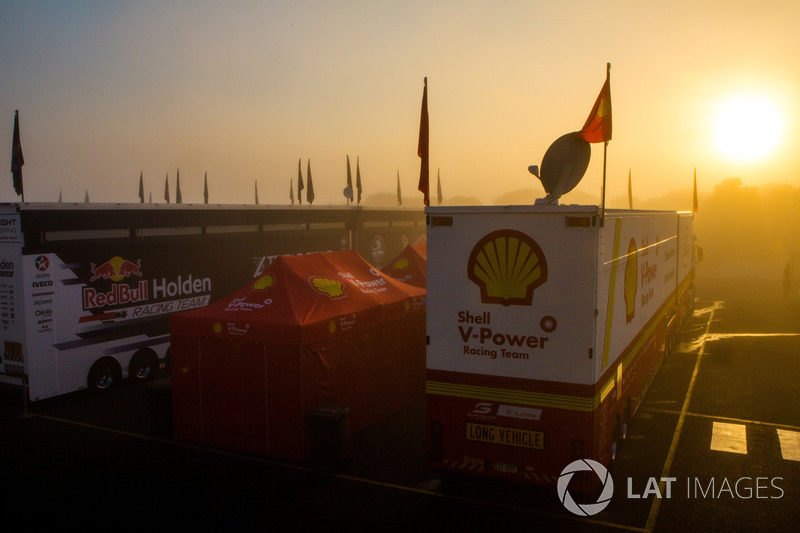