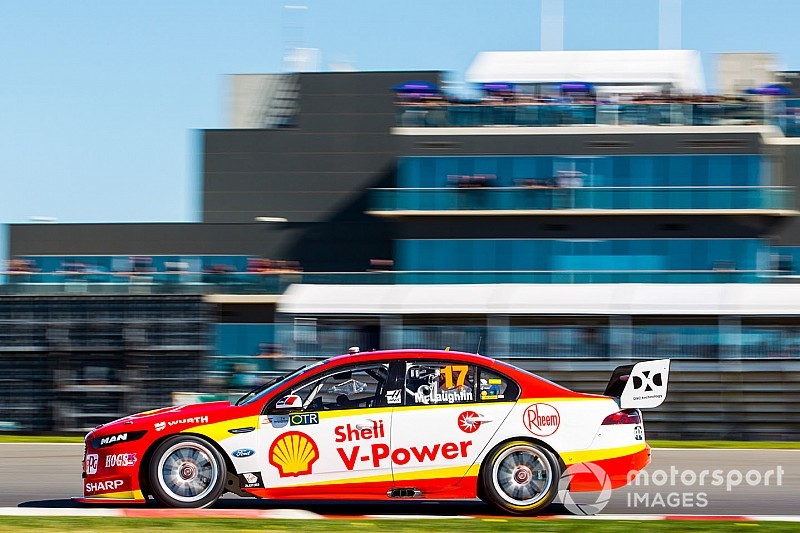 DJR Team Penske has been slapped with a $30,000 fine for its controversial drop gear mistake during the Tailem Bend Supercars weekend.

The self-confessed 'embarrassing mistake' hindered McLaughlin's performance during the session and was remedied before the Saturday race.

While it was initially thought that the team might get away with mistake, it was confirmed yesterday that stewards would be looking into it.

That's lead to a decision to slap the team with a $30,000 fine, half of which is suspended until the end of the year, as well as disqualifying McLaughlin from Race 23's qualifying session.

The disqualification, however, will have no bearing on the Tailem Bend race results.

“We accept the penalty issued by the stewards for a technical infringement with car #17 during qualifying at the Bend, Sunday 26 August 2018,” read a statement from the team.

“The infringement was for use of an incorrect drop gear ratio in a replacement gearbox installed Saturday evening, which was corrected immediately once identified, before that day's race.

“This was a mistake made in error and, as acknowledged by Supercars and the stewards, in no way advantaged car #17 over its competitors.”

The full stewards report has since revealed that development work for the 2019 Ford Mustang Supercar was a contributing factor to the mistake.