Triple Eight could scale back as de Silvestro talks stall 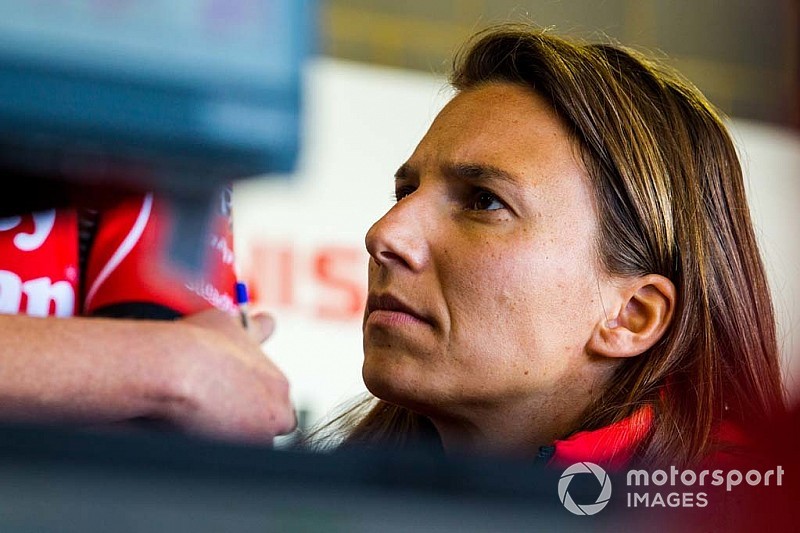 Supercars powerhouse Triple Eight could scale from three cars back to two next season, with a deal for Simona de Silvestro to replace Craig Lowndes believed to have fallen over.

Rumours of a deal with de Silvestro have run rife through the paddock since Craig Lowndes' retirement was announced in July, a car run by predominately female staff – led by Dane's daughter Jess – considered all but a lock for 2019.

However there was a different tone to the rumours regarding the vacant Lowndes seat over the Sandown weekend, with suggestions that the de Silvestro deal is off and that a two-car Triple Eight outfit is now the likeliest outcome for next season.

Triple Eight boss Roland Dane was reluctant to buy into the paddock chatter on Sunday evening, stating that there's been no firm decision either way.

He did, however, confirm that a final decision will be made internally by the end of this month.

"That's for me to know, and you to guess," he joked when asked how many T8 cars will be in the field next year.

"I can't [say anything]. I still haven't made a definitive decision on whether we're going to do two or three.

"I think we've proven that we can run three cars, and there's no shortage of people who would like us to run a third car. But I have to make the decision that's best for the business.

"Triple Eight Race Engineering is a business. It's not a personal plaything or whatever, it's a business.

"I would hope to [make a decision] within this month. I've always said within September, we have to be making those calls."

Dane also confirmed that any plans to go the other way and absorb Tekno Autosports to become a four-car team were off the table for next year.

"We won't run four cars. I never say never, but for you next year it will be two or three," he clarified.

The collapse of talks with Triple Eight leaves former IndyCar star de Silvestro in an interesting predicament for next season. She is technically contracted to the Nissan Motorsport squad for another season, but is understood to have an out-clause once the team loses its factory backing.

That means she could feasibly leave the category and return to Europe, a theory bolstered by her frequent trips back to her native Switzerland between races this year.

She even missed Nissan's crucial pre-enduro test while overseas.

Speaking to the Herald Sun newspaper over the Sandown weekend, de Silvestro was quoted as saying that she's committed to the series long-term. However she also shied away from any specific comment on next year.

“There is nothing to say really, it’s just rumours,’’ she told the Melbourne daily.

As for Triple Eight's third Racing Entitlements Contract, it's understood that it's likely home should the team scale back is with Super2 outfit Kostecki Brothers Racing.

The team runs three ex-T8 Holdens in the second-tier series for brothers Kurt and Jake Kostecki, and their cousin Brodie Kostecki.

What's less clear is which of the young Kosteckis would drive a KBR car in the main game.

Kurt Kostecki has the main game laps thanks to a pair of stand-in performances for the injured Lee Holdsworth in 2016, and a pair of Wildcard outings at Queensland Raceway and The Bend this year.

However Brodie Kostecki is in the best form of the three in Super2, having won both races over the Sandown weekend.