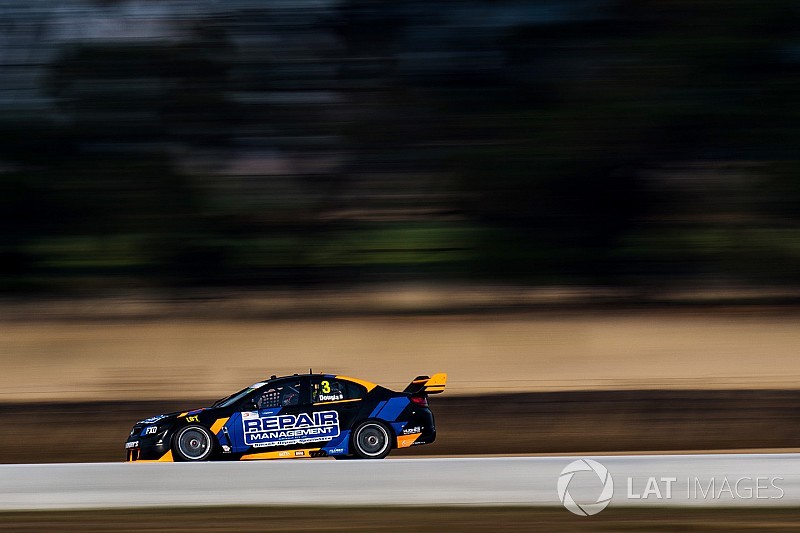 Taz Douglas is set to race alongside Aaren Russell in the #3 LD Motorsport Commodore at the three Supercars endurance races.

The Victorian is the final piece of the enduro driver puzzle, slotting in alongside Russell in the #3 car for the long-distance races at Sandown, Bathurst, and on the Gold Coast.

That means Alex Davison will be paired with Bathurst rookie Alex Rullo in the #62 Commodore.

“He was always in the fold for the enduros,” team boss Lucas Dumbrell told Motorsport.com.

“He’ll run Sandown for us, and we’ll work together on a plan for the rest of [the enduros] as well.

“He put his hand up right from the start, he said he’d be happy to do these races. It’s a great opportunity for him. Who would turn down the opportunity to drive one of these cars in the biggest races of the year against the best drivers in the world?”

“Taz and I have known each other for 10 years, and I know he doesn’t want to damage the car or anything like that. He’s done a lot of laps around Bathurst, and he and Aaren will be quite closely matched.

“It’s great to have a capable driver like that happy to come in and help out the team.”

Douglas played a significant role in LD Motorsport’s driver rotation at the beginning of the season, stepping up for five of the first six race meetings of the year after off-season signing Matt Chahda was controversially refused a Superlicence.

He is testing with the entire LD Motorsport squad at Winton today, as the team goes through it’s final preparations ahead of the Sandown 500 later this month.