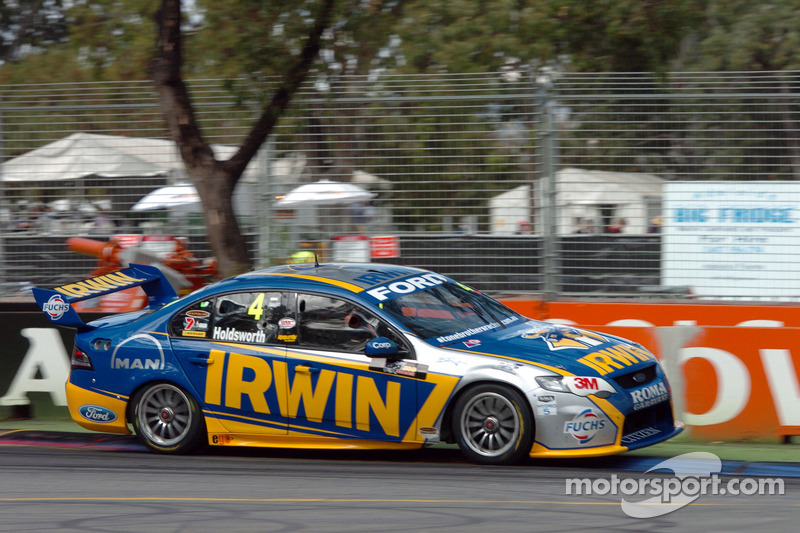 IRWIN Racing's Lee Holdsworth made a smoky exit from the second race of the Coates Hire Ipswich 300.

The IRWIN Ford entered the pit lane 10 laps from the finish of the 200km race with smoke bellowing from underneath the car. Holdsworth parked at the pit garage and left from the vehicle, while fire crews quickly extinguished a small fire. 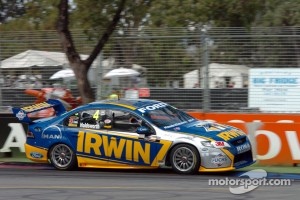 It was the end of a weekend which didn't bring the desired result, but the IRWIN Racing crew have the opportunity to rebound at Sydney Motorsport Park, formally Eastern Creek Raceway, on 25-26 August.

Lee Holdsworth - IRWIN Racing Driver “I feel a bit like a smoker right now! When I pulled up I was going to stay in the car and see if the boys could fix the problem and get back out. But coming down pit lane there was a massive flame shooting out, I pulled up and saw a whole heap of smoke so I jumped out as quick as I could because the smoke wasn’t nice to breathe in.”

“From the start of the race the throttle was getting quite sticky and we had the same problem with Sladey’s car yesterday with the sand getting into the throttle. It got worse and worse throughout the race, it started off about five per cent and ended up being about 80 per cent throttle.”

“I had to ride the clutch everywhere and basically to the exits of the corners. Obviously that heated the clutch up and heated everything up and made things red-hot when I came in. So it sparked something off.”

“It was so disappointing because it’s our home track so we were expecting a good round. I had really good pace on old tyres, our green tire pace is still a little bit of an issue but I thought we had a really good race car.”

“Even in that race I was moving up so we were probably looking good for a solid top 10 there. But you get that and we’ll have to put this one behind us. The boys have a fair bit of work to do with the car, so they’ll get on with that and we’ll go to Sydney and fight back.”

Coulthard: Fine-tuned for the podium