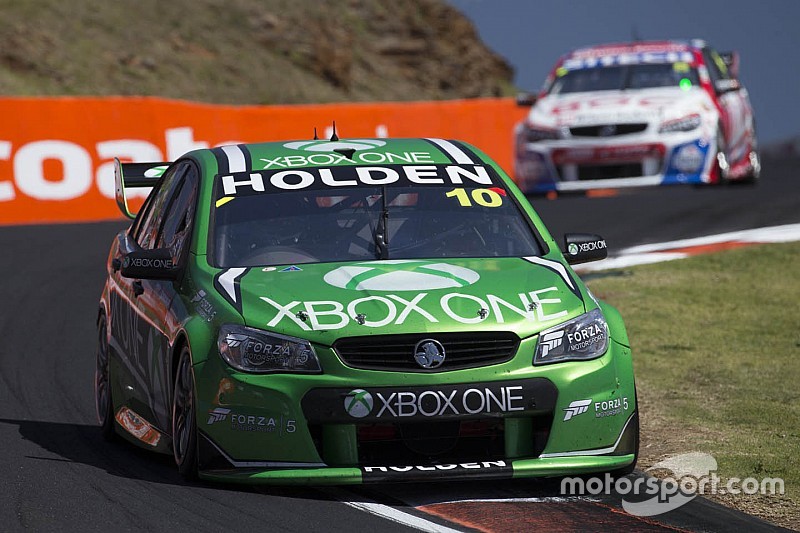 Mattias Ekstrom is hoping to return to what he says is an “extreme” Mount Panorama circuit for another crack at the Bathurst 1000.

The Swede made a one-off 1000 start back in 2013 in a Triple Eight-run wildcard entry, finishing a credible 10th along with Andy Priaulx.

The experience left him blown away by the Mount Panorama circuit, which he likens to the famous Nurburgring Nordschleife in Germany.

“For me, what I have seen, Bathurst and Nurburgring are the ones standing out as being really extreme places,” he said.

“They are legendary tracks which I think definitely show the difference between a man and a boy. If you then go there with a car which is fitting the track, it’s really enjoyable.”

Now, Ekstrom is hoping for the opportunity to have another crack at Bathurst – but would prefer to do as part of a full Supercars enduro campaign, including Sandown and the Gold Coast.

“I have been following Supercars more than ever. I have a big interest in the championship and it is very entertaining to follow,” said the two-time DTM champion.

“I still have my contact with the Triple Eight guys so for sure it is something that I want to go back and do. I have some unfinished business there and I would like to do Bathurst and Gold Coast and have a bigger go at it.

“But it is a matter of time, you can’t do everything in life. If there was another chance then yes, but I suppose this year with Rallycross and DTM it was too much, there was realistically no chance.

First of all I will see what happens with my Audi programmes next year.”

Ekstrom added that the “natural” choice would be to return to the crack Triple Eight squad.

“If there is a chance to do it I will always keep my relationship with Roland (Dane, Triple Eight’s team principal). For me that is the only team I would like to drive for because I have a relationship with them.

“I shouldn’t say no to anyone else but it feels like that would be the most natural thing. I am not actively going to hunt anyone else.”

Don’t expect to see Ekstrom lining up for a Bathurst 12 Hour drive, though.

“Generally I don’t get involved in endurance races. I did a couple a few years ago where I won the Spa 24 Hours, but I feel that type of racing is not attractive to me,” he added.

“You would think it is quite natural [to be linked to an Audi 12 Hour seat], and if it was a one-hour race I would probably be there, but I’m not so interested in doing those longer races and sharing cars for the moment.”

GRM in race against time after Volvo court ruling