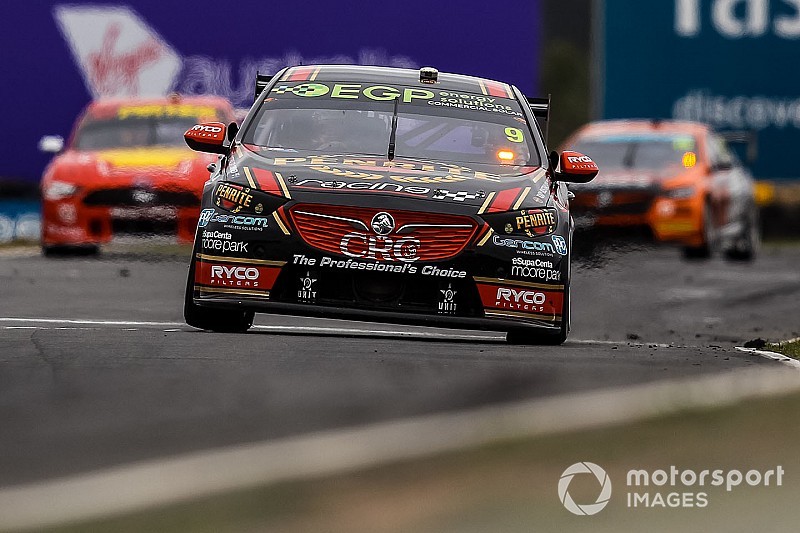 Erebus Motorsport is confident refurbished mufflers will rule out a repeat of the noise drama that saw the team kicked out of the Supercars pre-season test at Phillip Island.

The team fell foul of the Victorian circuit's strict noise regulations at the February test, forced to head home early after breaking the 95-decibel limit.

Tickford Racing also broke the limit, however was able to modify its exhaust and continue for the remainder of the test.

Having been confused by the breach at the time, given that the team hadn't changed its exhaust system, Erebus CEO Barry Ryan says a packing issue in the mufflers has since been diagnosed and rectified. And that means there should be no problems when the team returns to Phillip Island for this weekend's race meeting.

"Our mufflers were probably a bit on the old side and the packing had gone a bit to one end of the muffler," said Ryan.

"Now they're packed a bit more efficiently, so the noise is heaps better on our cars.

"I think we were a bit lackadaisical about it because nobody has ever been done for noise in the last 10 years, so we didn't even worry about it. But when we got done, we thought 'oh well, we've got our programme done, let's just go home'."

While the noise debacle cost Erebus half a day of Phillip Island running, Ryan isn't concerned about a lack of mileage heading into this weekend's pair of 250-kilometre races. Instead he reckons a new uprights package, introduced as David Reynolds finished third at Symmons Plains, has lessened the importance of any pre-season track time.

"We've moved on since that day anyway, with where the baseline of the car is," he said.

"We've got new uprights now. That's another good thing about [Symmons Plains]; we proved 100 per cent that our step towards this in-house-built upright has been a positive one. We can have confidence that if we get it right on the day, we can be competitive.

"You can't do what we did [last Sunday] over 83 laps without having a strong package. It's a really strong positive."