Richards sported the famous colours of cigarette brand JPS on his BMW cars between 1982-87, including two of his championship-winning seasons in 1985 and ‘87.

The Kiwi, who won the Bathurst 1000 seven times from a record 35 starts, was inducted into the Supercars hall of fame in 2006.

“For me they were great days and I’m quite excited that the team are running the livery,” Richards recalled.

“There are many good memories for me, especially the ’87 M3; we weren’t expected to win because our car was underpowered compared to our opposition, but when the tracks were tight the car shone.”

“We went down to the very last meeting to see who would win the championship, so I have very special memories of that car in particular.”

The black-and-gold colour scheme will be seen on both the Penrite Holdens of David Reynolds & Luke Youlden and Anton De Pasquale & Will Brown.

“It’s really cool to run this livery, especially when you look back at those six years and the success Jim had over that time,” Reynolds said.

“I’ve always said I should have been born in the retro era; everything was so cool then, so I love this round for that reason.

“I love looking back at the cars from then and hearing all the stories; hopefully wearing Jim’s colours will be a good omen for us this weekend.” 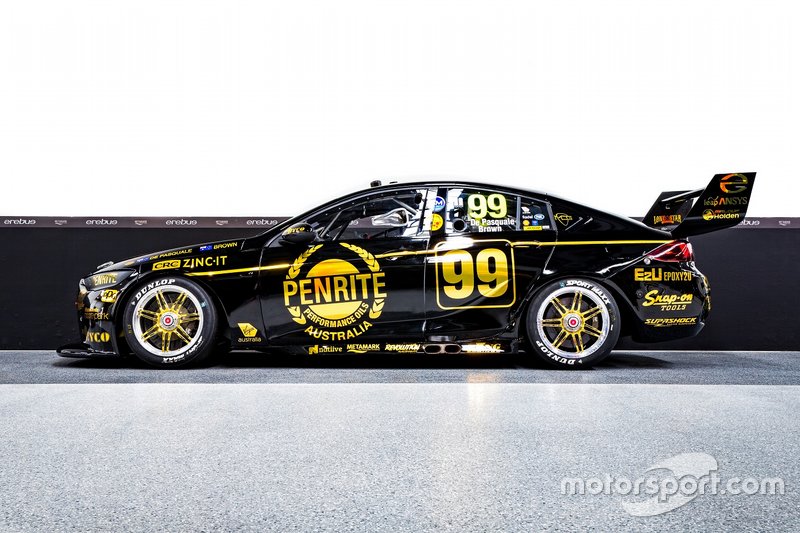