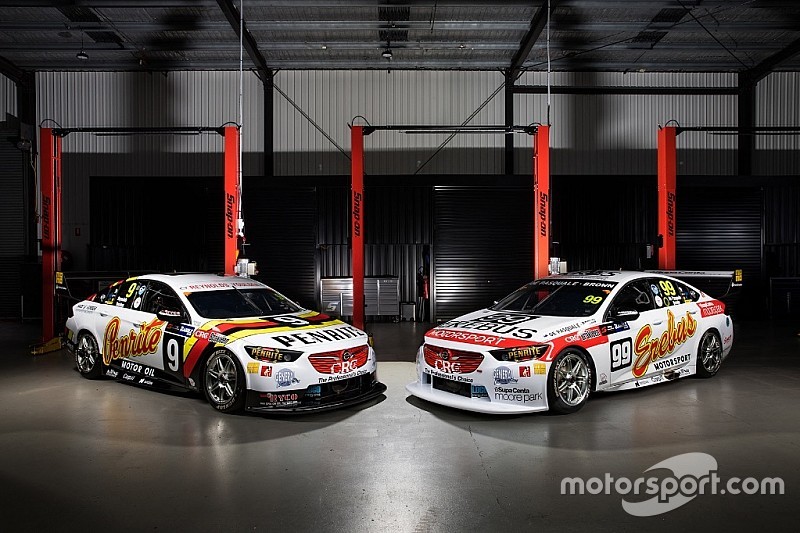 Erebus Motorsport has recreated the famous Bathurst-winning 'Chickadee' livery ahead of next weekend's Sandown 500.

The Retro Round livery for the #9 Erebus entry is a tribute to Allan Grice and Chickadee food company owner Graeme Bailey, who combined to win the 1986 Bathurst 1000 in their famous Roadways Racing-run VK Commodore.

The car will run Penrite signage in the oil company's original 1930s script, which is similar to the original Chickadee signage, while original Chickadee-era sponsor Hare & Forbes has even signed on to back the rear quarter panel of ZB Commodore and complete the retro look.

According to Erebus lead driver David Reynolds, Grice/Bailey's '86 triumph by a privateer outfit is similar to him and Luke Youlden toppling the Supercars powerhouses to conquer Mount Panorama last year.

“It’s very cool not only for what it achieved, but it reminds me of our win in a lot of ways,” Reynolds said.

“It was a win against-the-odds; a little team who started second on the grid and defeated the favourites, exactly like we did."

Anton De Pasquale and Will Brown's #99 Erebus entry will run a tribute to an earlier Chickadee livery, celebrating Bailey's Class C success in his Toyota Celica at the Sandown 500 in 1982.

"Retro Round has always been cool but to be part of it now is special,” De Pasquale said.

“The car looks really cool – it’s great to pay tribute to that generation of cars and drivers and particularly Graeme and what he achieved.

“The old livery looks great on the new body and I’m looking forward to getting on track and hopefully we can have a bit of Graeme’s success.”

Bailey was on hand at Erebus' open day today for the unveiling of the two liveries.

“It’s an honour to see the recognition and I feel proud to be involved,” Bailey said.

“They look the goods, obviously I am very familiar with the cars but they’re instantly recognisable.

“The Celica days for me was a more family affair, but obviously the Commodore was the big achievement.

“It gave everyone something to talk about, it was a very good feeling to beat them.”