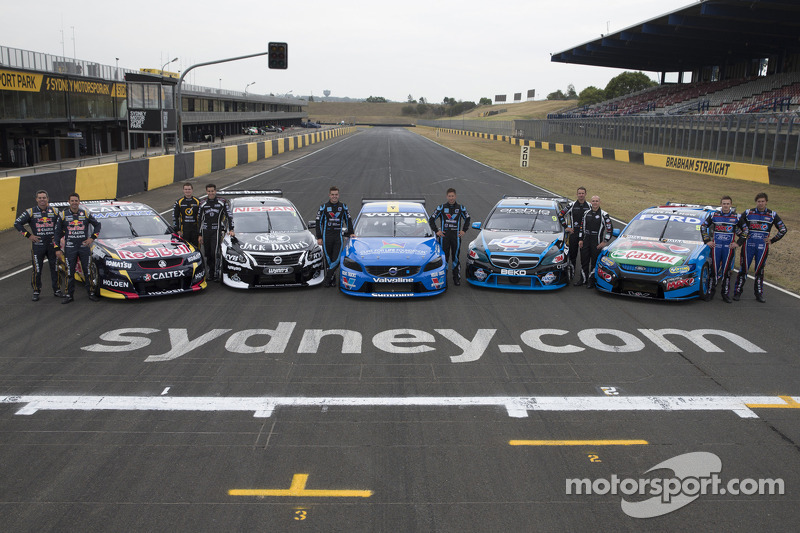 Holden drivers have won 23 of the 25 V8 Supercars Championship races held at Pukekohe since 2001 with Ford's only victories taken by Marcos Ambrose and Will Davison.

1. Race 10 of the 2014 V8 Supercars Championship at Pukekohe on Friday April 25 will be the first time in the 55-year history of the Australian Touring Car Championship/V8SC that a race will be held on ANZAC Day.

The last time an ATCC/V8SC race was held on a Friday was at the Yas Marina Circuit in Abu Dhabi in 2011. Previous events in Abu Dhabi and Bahrain also featured a race on Friday, however the championship is yet to race on that day of the week on Australian soil.

2. It's hard to look past a Holden driver claiming the ultra-special Jason Richards Memorial Trophy at Pukekohe, named in honour of the late Kiwi V8 Supercar star who passed away in December 2011.

The Jason Richards Memorial Trophy - won by Jason Bright in 2013 - will be awarded to the driver who scores the most points over the course of the four-race ITM 500 Auckland event.

3. Three New Zealanders - Shane van Gisbergen, Scott McLaughlin and Fabian Coulthard - will line up in the 25-driver field for the ITM 500 Auckland at Pukekohe, though Coulthard is the only one of the three yet to win a V8 Supercar race on home soil.

McLaughlin won Race 1 at Pukekohe last year while van Gisbergen won the Sunday race on the Hamilton street circuit in 2011.

All three New Zealanders sit in the top 10 in the championship - Coulthard third, van Gisbergen sixth and McLaughlin 10th.

4. V8 Supercars Championship leader Craig Lowndes has won 96 ATCC/V8SC races at 18 different circuits but is still, amazingly, yet to win at Pukekohe.

The Red Bull driver holds a 24-point lead over Pepsi Max Ford pilot Mark Winterbottom heading to New Zealand, though has managed no better than a sole second-place finish from his 25 V8 Supercar race starts at the circuit.

Lowndes finished second in Race 3 in 2006 and has only finished on the podium at Pukekohe once - Race 1 last year.

Townsville is the only other venue on the 2014 calendar where Lowndes is yet to record a win.

Lowndes will make his 226th ATCC/V8SC event start at Pukekohe, tying him with John Bowe for second on the all-time list.

The 70-lap race (over 203.7-kilometres) is significantly longer than any previous V8SC race at Pukekohe.

It was the first time since 2002 that a different driver had won each of the races at a V8 Supercars Championship event at Pukekohe.

8. Mark Winterbottom's win in the last race at Winton was the 50th for the FG Falcon in the V8 Supercars Championship, bringing it within one single race win of the most-winning Ford in championship history.

9. Five drivers are making their V8 Supercars Championship debuts at Pukekohe, with another aiming to start his first actual race there.

Team JELD-WEN's Jack Perkins competed at Pukekohe in 2007 for Jack Daniel's Racing, however crashed in practice and was sidelined for the rest of the weekend without starting a race.

However, Percat, Mostert and Wood all competed at Pukekohe in last year's V8 SuperTourers Series finale, while Pye has raced Toyota Racing Series open-wheelers at the circuit.

10. Kiwi legend Greg Murphy still holds the record for most V8 Supercars Championship race wins at Pukekohe - nine - and while he may no longer be competing in the V8SC full-time, he will be in action in the local V8 SuperTourers Series round which supports the ITM 500 Auckland.