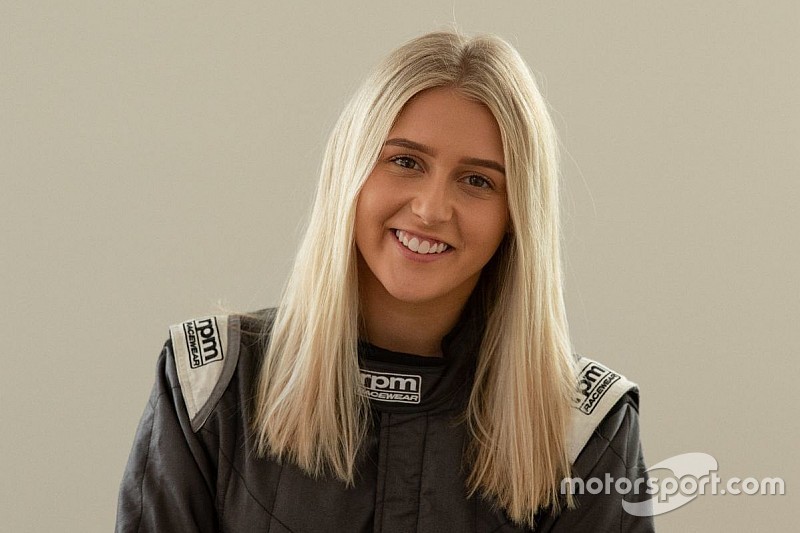 The New Zealand born 18-year-old has spent nine years in karts, most recently competing in KZ2 in Australia and New Zealand as well as overseas trips to the CIK Asia Pacific Championship in Macau and the SuperNationals in Las Vegas.

She'll now make the transition into cars, and rather than taking a traditional path through junior open-wheelers she's jumping straight into a BJR Holden Supercar in the third-tier Super3 series.

Stewart has already begun testing the Commodore in anticipation for the first round at Phillip Island next month.

“It’s been a challenging learning curve getting behind the wheel of the Super3 Commodore," she said.

"It’s a big deal going from karting straight into Super3. Most people will go through Formula Ford or Toyota 86 first, making the transition a little easier.

“I’ve had to learn a lot about how to make these cars work and the way my inputs can make a big difference in how the car handles. [BJR main game driver] Macauley [Jones] has been a great mentor and is really helping me get up to speed with the car.

"I want to go into the first round as prepared as possible, however, you don’t get that racing experience until you’re off the line and side-by-side with everyone else.

“A few people I’ve raced against in karts over the years will be making their Super3 debut this year too, so it should make for great on-track competition. '

"If I can keep progressing, learning and moving forward through the field then that will be a pretty solid first year.”

BJR is set to run a pair of Holdens in Super3, Stewart teaming up with Josh Fife.