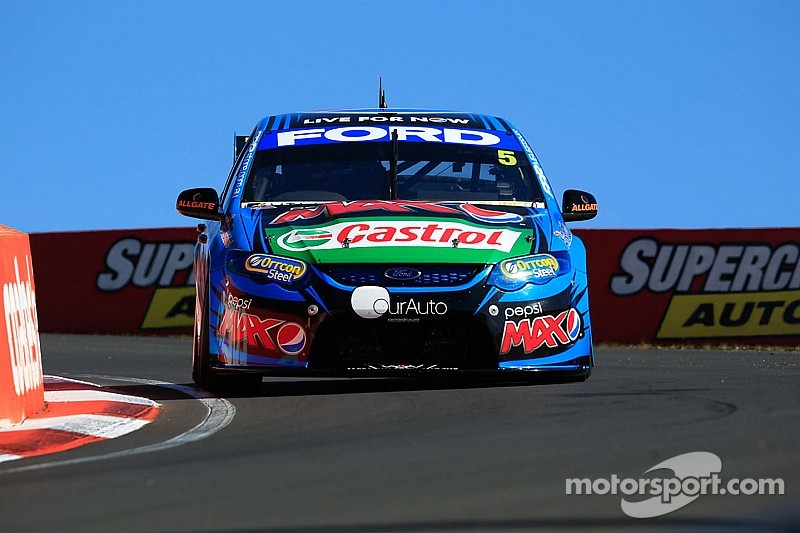 FPR hopes their win at Bathurst will be the tipping point for a deal to maintain their factory backed sponsorship.

For many race fans around the world who tuned in to watch the Supercheap Auto Bathurst 1000, it would be a blatant lie if one were to admit that they thought the Chaz Mostert/Paul Morris duo would take home the most coveted prize in Australian motorsports. After starting in last place followed by the act of sending their Ford Falcon into the fence, the second FPR team quickly began to see their hopes fade in more ways than one.

A change of heart?

With the recent announcement that Ford would be abandoning their sponsorship of FPR at the close of the year still fresh on their minds, the factory Ford team was hoping to make a strong showing at Bathurst as an answer to why Ford should stick around. Mark Winterbottom looked to be that answer but, as the race was coming to a close, ‘Frosty’ was taken out of contention due to an incident with Craig Lowndes. Thus, all of the hopes for a strong Ford finish fell on Mostert.

In it to win it

The young driver pulled off what many consider to be an impossible feat as he pressured five-time champion, Jamie Whincup, into to racing hard laps when he fuel tank (and team) protested. The gamble paid off and Mostert took FPR to the top step of the Bathurst podium once again.

As it turns out, Bob Graziano, the Ford Australia president, was attending the Bathurst 1000 and witnessed FPRs second victory. However, he stated that “We are working with the teams now and any announcements we have will be after the season is over and that hasn’t changed”.

Rob Nash, who is a co-owner of FPR, believes that the Bathurst victory should be the tipping point for resolving any deals which are in the works. As the deals (or rumors of deals) are becoming more and more drawn out, however, Nash began showing his frustrations as he wants to see “the whole Ford thing finalized so we can get on with it and keep representing them the way we are”.

“Everyone would like this (deal) finished including us,” said Nash. “But this is very complex.”

Graziano admitted that he’s fully aware of the fans and their feedback concerning rumors of Ford’s possible departure from V8 Supercars.

“I have seen some of that in the media, obviously, and that’s what you love about this sport. People are blue or they are red and I have loved that since I walked into Australia and went to my first race at the Clipsal,” said Graziano.

Ford stops Australian production no later than October 2016 with the FG X set to be the final Ford Falcon released.

Winterbottom/Lowndes Bathurst clash may carry over to Surfers Paradise