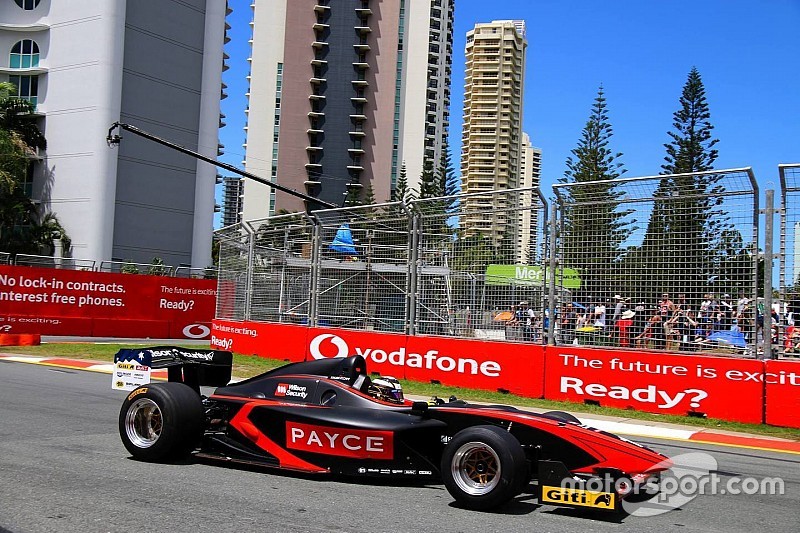 Both the Super5000 and the Formula Thunder 5000 cars will be back in action again next weekend, this time with a demonstration run at the Pukekohe Supercars round in New Zealand.

Both of the retro-themed prototype open-wheelers took part in a demo run on the Gold Coast last weekend, with Leanne Tander behind the wheel of the Super5000 car, and Tim Macrow in the re-branded Formula Thunder 5000 car.

The Gold Coast demo was also the debut for the new bodywork on the FT5000 car, with a more modern, sleeker airbox above the crate V8 engine.

Both cars are now set for another demonstration run, this time at the Pukekohe Supercars round in New Zealand next weekend.

Kiwi motorsport legend Greg Murphy will drive the FT5000 car, while Supercars is yet to determine who will pilot the Super5000 machine.

The two modern F5000 prototypes won't be the only V8-powered open-wheelers in action at Pukekohe, with the healthy historic Formula 5000 scene in New Zealand having been called up to provide support races next weekend.

The Supercars round will be the first round of the NZ F5000 Tasman Cup Revival Series, which runs in New Zealand through the Southern Hemisphere summer, and ends at the Phillip Island Classic in Australia next March.

McLaughlin told Premat he 'saved his day' in Surfers

Monster re-signs with Prodrive for 2018