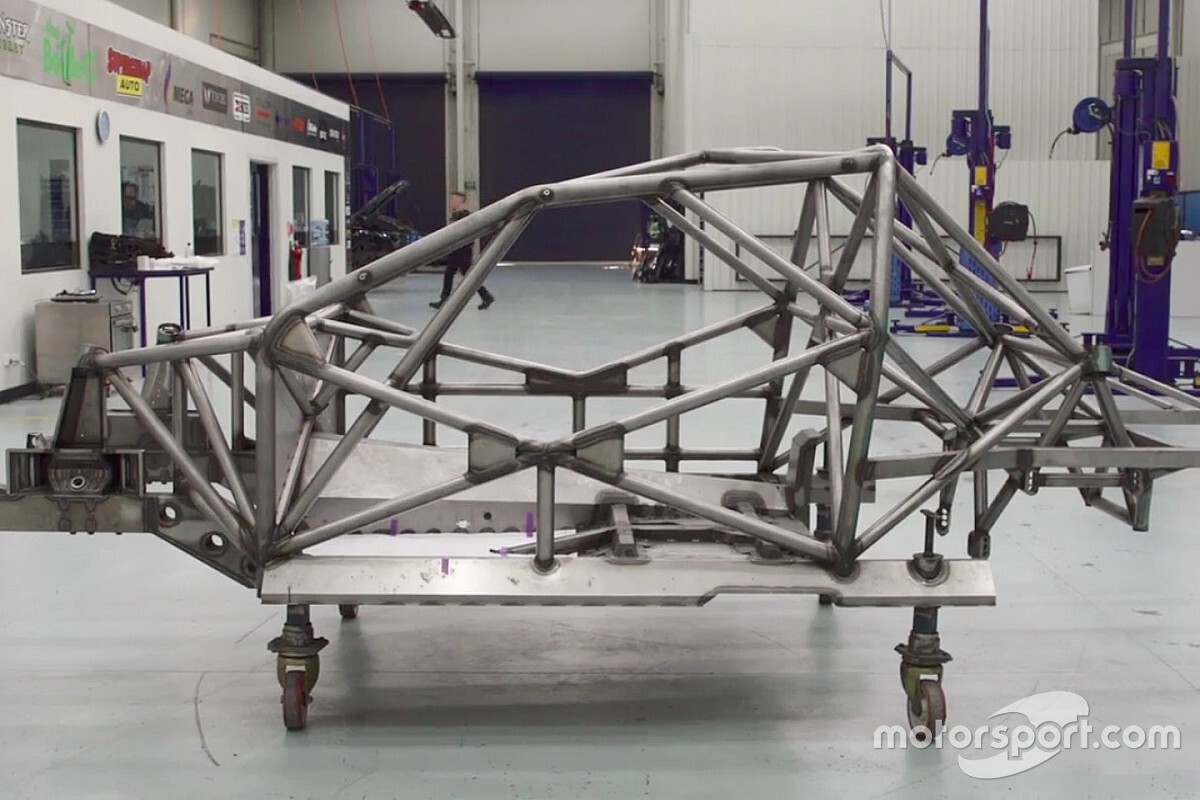 The roll hoop will be around 100 millimetres lower on the Gen3 Supercar in a bid to make the chassis better suited to two-door coupes.

The height of the control chassis – designed for four-door sedans – has been in the spotlight since the introduction of the two-door Ford Mustang – and it's polarising aesthetics – last season.

That tied in with a campaign from team owner Ryan Walkinshaw to have the roll hoop lowered so his team could bring the Camaro into the series, a plan that was later abandoned.

At the time Walkinshaw said the roll hoop would need to be lowered between 50 and 80 millimetres to suit the Chevy coupe.

While a lower roll hoop is long known to be on the wish list for Supercars' Gen3 regulations, set to be introduced in 2022, firm details on the new-spec car have so far been few and far between.

The category's Head of Motorsport Adrian Burgess did offer some insight on the latest episode of The Loud Pedal podcast, however, including plans to drop the roll hoop 100 millimetres to encourage the introduction of 'halo' cars.

"There is a whole list of things we want to achieve," said Burgess. "Do we tick every box? You don't know.

"One of the big ones at the moment, our current chassis is too tall. It's designed around a four-door saloon. The industry and the market is going away from those sort of cars, they're going more halo cars – Mustangs, Camaros, things like this.

"One of things we are trying to achieve is a lower roll hoop. At the moment I think we're going to be about 100 mm lower."

Cost cutting is another primary focus for the Gen3 working group, with Burgess singling out engine development – amid speculation of a control powerplant – as a key area.

He also said the tyre package is likely to change to help improve door-to-door racing.

"We're going to endeavour to make the car cheaper to buy, cheaper to operate, and a little bit more controlled than we have been," he said.

"So we've got talk away from of those expenses out of the operating costs.

"Engine is clearly an expensive part at the moment. You've got five different engine builders all trying to do the same thing, but they do it differently.

"The rule book is very complex and it takes resource and energy from my side to manage those things. We've got to simplify a lot of it.

"Overall we're going to dumb the car down a little bit and make it open and more relevant [and] easier for people to come in. If a manufacturer wants to come in and it doesn't have an engine, then we can look after that for them.

"We'll probably remove form downforce from the car. We'll probably put a different tyre on it; Dunlop do an amazing job, but the tyre suffers when it gets hot and we can't follow closely. That's partly aero. We'll tweak all these things together as an overall package.

"It's work in progress. The COVID thing has given us a bit of time, so the design is coming on very fast. We're putting a lot of hours into it at the moment.

"Hopefully next year we'll be testing and we'll do aero tests. It's not going to be introduced until 2022, but there's some time and every going into it at the moment."

Despite dire economic forecasts thanks to the global pandemic, Burgess says there is still manufacturers showing interest in joining the series once the new rules kick in.

"There is definitely a couple that have expressed an interest," he said.

"They're probably at a point where they're waiting for us to get a bit further down the road with our concept so we can actually show them a little bit more material, hone in a little bit more on our design and direction before we can really put a teaser in front of them.

"But 100 per cent there is some interest.

"Not only that, there's drivers and teams talking to us, saying 'if you guys carry on the way you're going, we're interested, we want to come into the sport'.

"There's a lot of good things. In this crazy time at the moment, where everything is doom and gloom, there is actually some really good stuff going on behind the scenes."