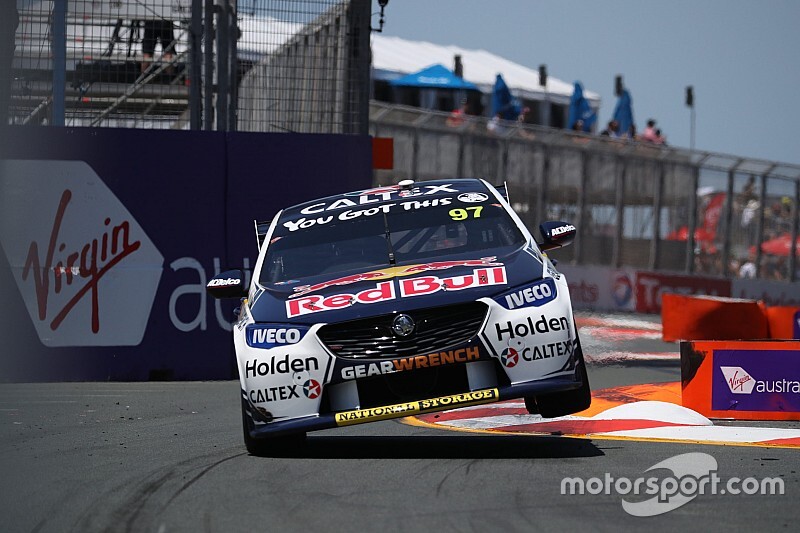 It didn't take long for paint to be traded on the Gold Coast, Shane van Gisbergen and Richie Stanaway rubbing panels in the opening Supercars practice session.

The curious clash started when van Gisbergen got stuck behind Stanaway at the Beach Chicane, before looking to pass the Garry Rogers Motorsport Holden into Turn 11.

However Stanaway didn't make things easy on his fellow Kiwi, giving van Gisbergen a decent whack in the door on the way past.

Having gone on to finish the session third, van Gisbergen was happy to laugh off the incident after the session.

“He’s one of my good mates, but he wonders why sometimes..." said van Gisbergen, referencing Stanaway's critics.

"I went down the inside and he just slammed me.

“Anyway, the car’s good, we didn’t run [new] tyres then, just stayed on the same ones and it feels pretty comfortable."

That wasn't the only drama at Turn 11 for the GRM squad. There was just one red flag in the 30-minute session, James Golding firing his Commodore into the outside wall.

Jamie Whincup set the pace in the opening hit-out, a 1m10.609s leaving him two-tenths clear of Chaz Mostert and van Gisbergen.