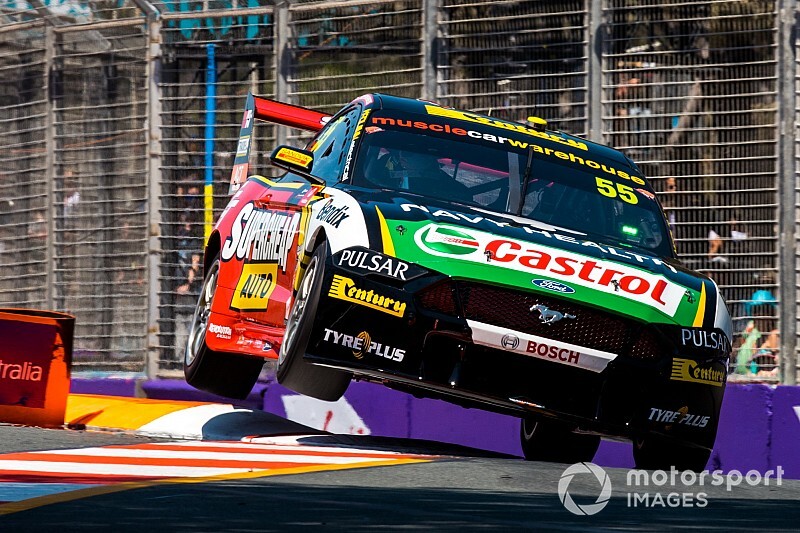 Chaz Mostert will run last in the Top 10 Shootout on the Gold Coast after topping regular qualifying.

The Tickford driver had been sitting fifth before the final runs, a three-tenth gain right at the flag good enough to launch him to the top of the times.

“It was a tough session, so tight out there, I was really happy to get that last lap in,” said Mostert.

“I left nothing on the table, probably millimetres away from triggering sensors, but that’s what it takes around here.

“[I'm] super happy to get into the 10. Being the last car out, there’s more pressure. When you qualify like that in the session you wish there was no Top 10.”

Van Gisbergen had been right on the Shootout bubble before his final lap, a 1m10.464s taking him from ninth to first, until he was edged by Mostert.

For McLaughlin it was an odd session, the reigning champ damaging the left-hand side of his car with an early trip into the wall at the Turn 1 chicane.

He would later scrape the right-hand side of the car at the Beach Chicane, however a 1m10.519s in between those misadventures was still good enough for third.

“I’m trying to drive to a track number that probably isn’t quite there,” said a frustrated McLaughlin.

“We think the track is a lot faster than it actually is, so you’ve got to bring it back a bit, but you rely on a bit going on.

“We’ll sort it out, we’ve got a really fast car. That first lap, I couldn’t believe it stuck as my fastest for so long.”

Jamie Whincup and Lee Holdsworth were fourth and fifth, ahead of Cam Waters and Fabian Coulthard.

Andre Heimgartner will be the sole Nissan in the Shootout, David Reynolds and James Courtney also booking spots in the one-lap dash for pole.

Scott Pye was the first driver to miss the cut, falling 0.04s short of teammate Courtney to end up 11th.