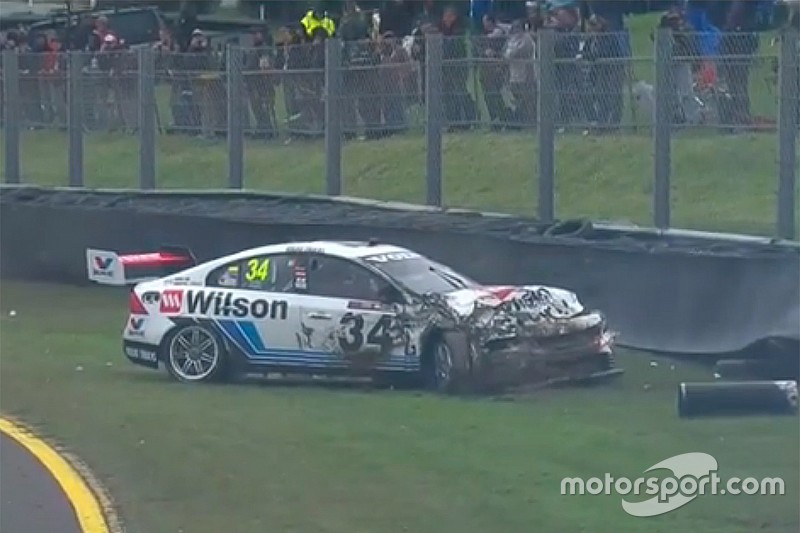 James Golding has described the frightening crash that red-flagged the Sandown 500, and left the #34 out of the race.

Golding had a right-front tyre go flat as he crested the super-fast Turn 6, sending him head-on into the wall as he tried to brake and turn.

The violent impact left him shaken, and the #34 Volvo heavily damaged, but Golding thankfully walked away uninjured.

“I’m all good. That was a really big one, biggest I’ve ever had,” he told Fox Sports’s TV team after the crash.

“The front right tyre starting losing pressure up the back straight. As soon as I hit the brakes, into the top corner it locked straight away. I was virtually a passenger from there on in.

“I’m really disappointed for all of the team. This is the stuff they live for, to miss out on a big race like this is really unfortunate.

“I was heading up the back straight, braked as normal, and then it was just red lights straight ahead. I was just trying to stay alive.

“It was really sudden, it happened that quick that you couldn’t really think anything before it happened. I got a bit of head spins when I stopped, but after that I sat down, it was all good.”

The race has now restarted after repairs to the barrier.