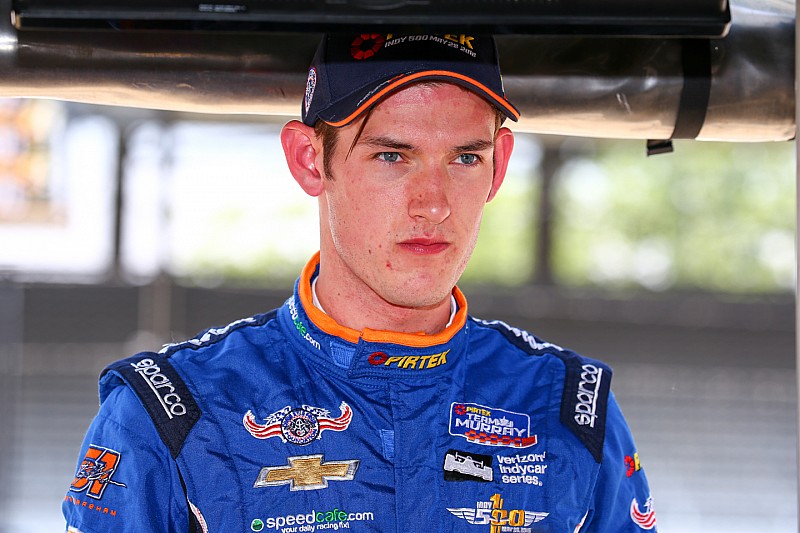 Matt Brabham’s surprise Supercars debut is set to go ahead, with the Indy 500 starter joining LD Motorsport for a one-off start in Western Australia after securing the green light for a CAMS Superlicence.

The 23-year-old was linked to the LD Motorsport seat earlier today, although the deal was dependant on governing body the Confederation of Australian Motor Sport providing exemption to the new Superlicence rule.

That hurdle appears to have now been cleared, with the third-generation star given the green light to make a surprise debut in Supercars.

Brabham will replace Taz Douglas, who has been acting as a stand-in driver for the #3 Commodore so far this season but was unable to make the trip west.

According to LD Motorsport boss Lucas Dumbrell, the idea to put Brabham in the car came from longtime LDM backer Phil Munday, who will sponsor the car through his Repair Management Australia business.

“It’s only happened because of Phil,” Dumbrell told Motorsport.com.

“That’s what’s brought it all together. Everyone knows he’s supported me and the team through thick and thin, since day dot., and Phil is a bit supporter of young drivers as well.

“This opportunity to help another young guy has come about, and he called me and said, ‘I’ve got this idea, what do you think?’ And I said, ‘that’s awesome, how are we going to do it?’

“Phil then offered to back the car and run it as Repair Management Australia Racing.”

Dumbrell is keeping expectations in check, given that Brabham is a Supercars rookie in the purest form, and that Barbagallo Raceway is traditionally a tricky venue given its abrasive surface.

He also says he’s not fussed by Brabham’s rich motorsport heritage, but rather focussed on getting him up to speed in a Supercar during tomorrow’s two 45-minute practice sessions.

“I mean this in the most polite way possible, but in this case I don’t care too much about his grandfather or father – I’m just interested in what Matt can do this weekend,” Dumbrell added.

“He’s got a massive hill to climb in front of him, similar to what Alex faced three rounds ago – and Alex has done a commendable job, and probably should have more runs on the board than he has.

“It’s exciting, it’s going to be cool. He’s done enough to know how to go about it and I’m sure he’ll do a good job, although it will still be tough. The challenge [at Barbagallo] is the tyres and the high degradation, so he’ll have some mind games to deal with. That’s the biggest thing.”