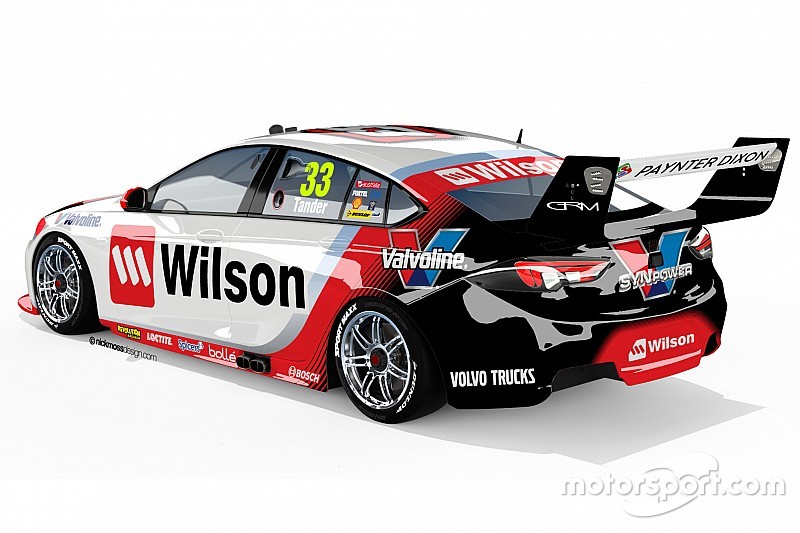 Garry Rogers Motorsport has switched from blue to red ahead of the new Supercars season, rolling out a brand new look for drivers Garth Tander and James Golding.

GRM retained elements of the light blue that it ran during its Volvo era last year, despite a hurried switch to Holden hardware during the off-season ahead of the 2017 season.

This year, however, the team has opted for a full departure from the blue and has instead gone for a red, white, and navy look on its pair of ZB Commodores.

“I am very fortunate to have a very loyal and enthusiastic group of sponsors who are very energetic when it comes to the livery design on our racecars," said team boss Garry Rogers.

"Since 2014 we have incorporated blue in to our livery and as much as I had become quite fond of the blue, we all thought it was time for a change.

“It is important that as a team that we have pride in our presentation and I am sure that when we see our 2018 cars on track all of the girls and boys at GRM and all of the staff at Wilson, Valvoline, PAYCE and Paynter and Dixon will be thrilled with the way they are being represented.

"Looks are certainly one thing, but performance is what really matters, and I have enormous faith in all my staff. I can’t wait for the season to start!”

The team also revealed liveries for Chris Pither and Mason Barbera's Super2 entires, while confirming that Richard Muscat will join Pither in the squad's enduro line-up.

The GRM ZB Commodores will be shook down at Winton on Wednesday, ahead of the all-in pre-season test at Sydney Motorsport Park on Friday.