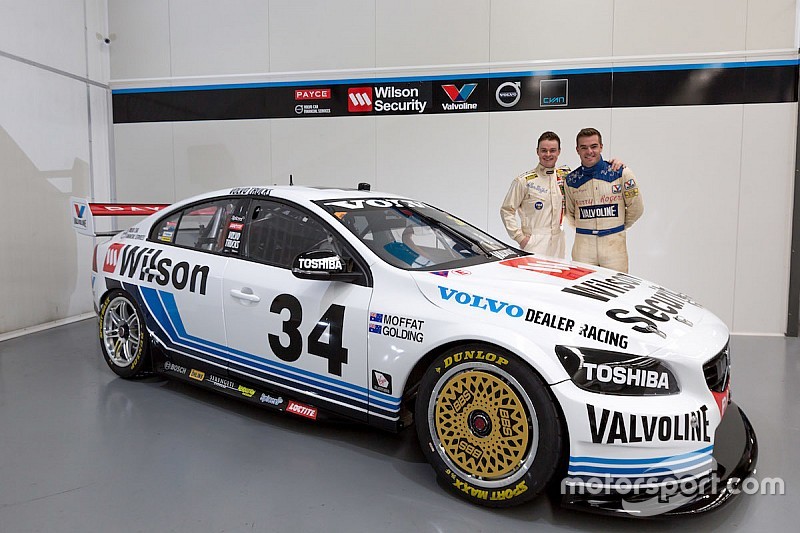 Garry Rogers Motorsport has unveiled its retro livery for this weekend's heritage-themed Sandown 500 round of the Supercars series.

GRM's Volvo S60s will sport paint scheme inspired by the Volvo 240 Turbo which won the Australian Touring Car Championship in 1986.

Both the #33 car driven by Scott McLaughlin and David Wall and the #34 machine of James Moffat and James Golding will be sporting the new livery.

"To be honest I was a little sceptical of the retro round and this was mainly due to the cost and interruption to our business," said Garry Rogers.

"But, as a result of the enthusiasm of our sponsor group, particularly John McMellan from Wilson and their contribution, I was convinced that it was a good idea, I am very pleased that they did convince me because the cars look great.

"The Wilson Security Sandown 500 is an iconic event in our championship and it's a place that provides me with many fond memories, having first raced there in my early model (FX Holden) in 1967 and several years later launching my EH Holden off the causeway and into the dam!"