Hazelwood on Sydney wing failure: I knew I was in a world of s**t 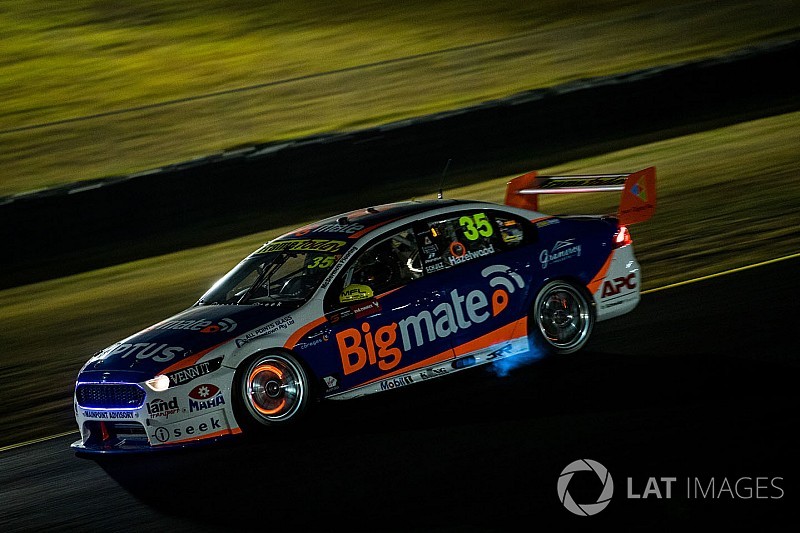 The rookie was battling away from a spot on the fringe of the Top 10 late in the 300-kilometre when he arrived at Turn 1 without a rear wing, his Ford having shed the crucial aero device on the way out of the final turn.

Having not noticed the wing falling off himself, and only receiving a radio call right before turn-in, he ended up in a high-speed spin, lucky to escape the frightening incident on all four wheels and having not hit anything.

"The guys must have seen it on TV, but I got the call really late on the front straight," he later explained. "By the time I saw it I was, like, 20 metres away from my braking marker.

"It was always going to be a challenge. I initially tried to gather it up, I tried to put it into a slide to wash off some speed. But the rear came around and I got on the brakes as hard as I could. Fortunately I didn't go too far off the track, I was able to wash off a lot of speed on the bitumen before I went on the grass. So I was able to gather it up and get going again. It could have been a lot worse...

"I didn't have any issues as I was coming through the last two corners. I was just trying to set myself up for a pass into Turn 2. Then I got the call on the radio more than three quarters of the way down the straight, and by the time I got the call and looked in the mirror I knew I was in a world of shit."

Comparing the incident to his hair-raising shunt during the Sandown 500 weekend last year, Hazelwood said the key difference in this case is that he had some – albeit not a lot – of time to prepare.

"I had a bit more time to react to it compared to that one," he said.

"Going into the corner I knew what was about to happen, so I tried to manage it the best I could. I tried not to freak out, just put it in a slide to wash off some speed and fed it a couple of gears into the spin."

The rookie added that the team was baffled as to what could have caused the failure.

"Tim Blanchard gave me a nudge in the rear but nothing that could have gone close to the rear wing or had enough energy to push the force into the boot to upset it," he said.

"It's a real mystery. The team here at Matt Stone Racing are very thorough with their preparation, so I'm not blaming the team. We just have to try and work out what happened."

Hazelwood also apologised for holding up Chaz Mostert behind the Safety Car that his own stranded wing had caused, after he tried to stay out while the team prepared to fit a new boot spoiler.

"The team wanted me to stay out," he said. "Being under Safety Car conditions, we were trying to organise to get a wing out of the truck, rather than me coming in and wasting too much time.

"It would have annoyed a lot of people. I feel bad for Chaz Mostert, he was right up behind me and I was trying to press on the best I could but not throw the thing off the track.

"Sorry Chaz and whoever else was behind him. We were just trying to maximise our result for out team."