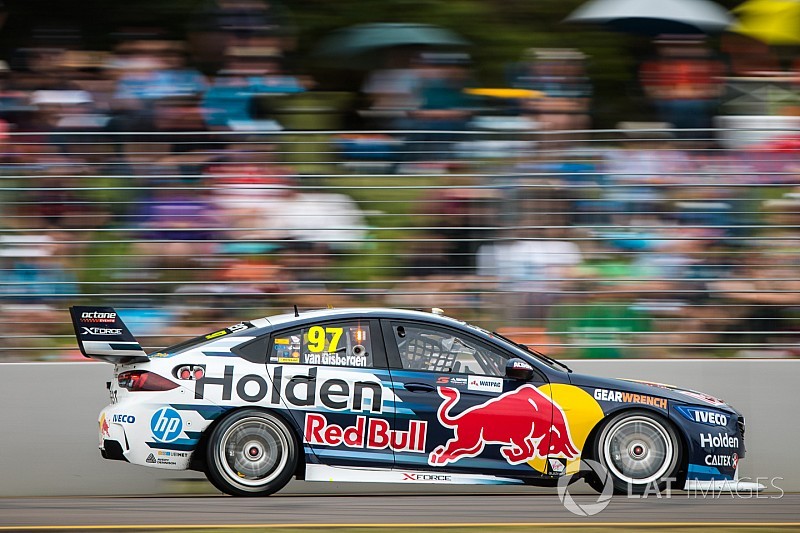 While then-marketing boss Mark Harland made a public commitment to the series back in March, him leaving the company and being replaced by Aquilina just weeks later opened the door for a change of heart in terms of marketing spend.

However Aquilina – now officially in the job for around two months – says there are no plans to axe the factory Supercars programme, re-affirming the brand's commitment to motorsport despite a rapidly changing marketing landscape.

"From a Holden perspective we're very, very committed to motorsport," he said.

"There have been a lot of changes at Holden, we're going through a change as an organisation and a brand. But we're very optimistic about the future and for us, the Commodore is a big part of that.

"Motorsport continues to play an important role in defining what it is that we stand for as a brand. For some people out there, it's a demonstration of what we do, what's different about Holden compared to other car companies out there.

"We're able to understand Australian drivers perhaps better than anyone because we're investing in deign and engineering here like no-one else does. That, combined with our involvement in the sport, underpins what Holden needs to be in the future."

Like his predecessor, Aquilina sees motorsport as a key marketing strategy to transitioning traditional Commodore buyers conditioned to buying rear-wheel-drive Australian made cars into the new imported era.

"We talk to our customers and they're pretty passionate people," he said.

"You see that come through on the posts that sit under your articles, they're passionate one way or the other. When it comes to Commodore, it's not a five-out-of-1o car. It's either one out of 10, or 10 out of 10. There's a real passion around it.

"If that's what we're about, the marketing needs to support that. As part of the overall mix, it's all about proving that we live up to the promise. What better way to demonstrate what we're capable of, in terms of that knowledge of Australian drivers and demonstrating what we can do at the limit, than motorsport.

"It becomes a really important part of the mix."

That intrinsic link to Commodore means the brand's flagship sedan is likely to continue to underpin its Supercars programme into the future.

While Ford has taken a different approach to its return to the sport, opting for its hero car the Mustang rather than the traditional four-door sedan, Aquilina is adamant that sticking to the now-imported Commodore is the way to go.

That lengthens to the odds of a factory-backed move to the Camaro bodyshape.

Aquilina is also happy to see the brand's family car go up against Ford's sporty offering, which is a potential marketing free kick for Holden in terms of perception, despite the road and racecars having effectively nothing in common.

"We're happy to see that play out, and put in our best effort with Commodore," he said.

"Our commitment to the sport and our future is around Commodore. That's an important car to us. So I'm excited as to how it plays out. It adds a new dimension to the sport. Bring it on.

"There's nothing wrong with the way the Commodore is performing out there. We're pretty excited about what it brings. If that's part of the competitive strategy of our opponents, we're ready to take on whatever is thrown at us.

Holden's current factory deal with Triple Eight runs until the end of the 2019 Supercars season.