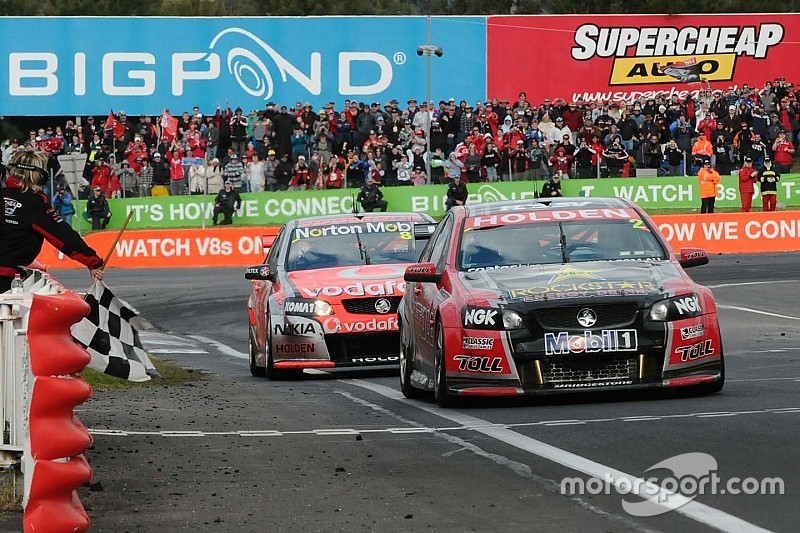 United Autosports boss Zak Brown has revealed that his initial contact with the HSV Racing V8 Supercars team was triggered when he bought a works Holden to add to his collection of historically-significant racecars.

Brown – whose United Autosports team has bought in to HSV for 2018 – received the car last month, and will test it for the first time at Donington Park next Tuesday.

“That’s how I initially got to know [HSV boss] Ryan Walkinshaw, via an introduction from Alan Gow,” said Brown. “I bought the car, and it had nothing to do with our deal, it was just the first contact that facilitated it. And it started me off reading the books about Bathurst – you kinda get attracted to it being such an amazing event.

“The car is the last works Commodore to win Bathurst, in the closest-ever finish. The cars are so cool – they are serious racecars. I can’t wait to drive it.”

The Walkinshaw Racing squad, currently operating as HSV Racing, will be known as Walkinshaw Andretti United as of January 1 next year.

Brown added: “Australian V8s is such an awesome series, and I've spent a bit of time over there. It’s such a major sport in that region, like NASCAR in the US in many ways – it’s very commercially attractive: Virgin, Mobil, Penske, Boost – so many big brands involved.

“It expands United’s footprint, and being associated with Andretti again is awesome. We’re all aware of the history of the Walkinshaw family’s success, right from those cool Jaguar days, and it was always such a great, winning organisation.

“Of course, the Andrettis are legends of sport, and we had such a mega experience in Indy with them [running Fernando Alonso]. So when Ryan approached Michael and ourselves, and with United being in such a good groove in prototypes too, it all made sense.”