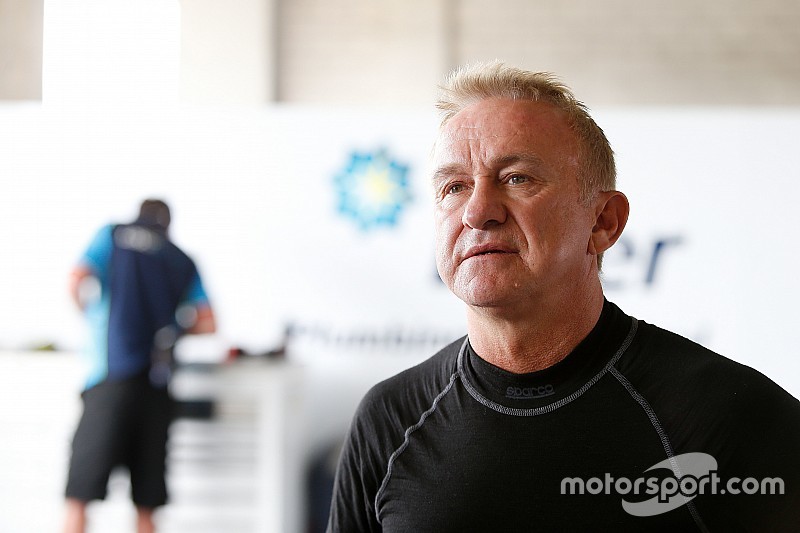 The retired Bathurst winner will step into the Red Bull Holden for the additional driver practice at the Ipswich circuit, filling in for van Gisbergen's 2018 enduro partner Earl Bamber who is in the US on Porsche duties.

It will be Ingall's first outing in an official Supercars session since he drove Rick Kelly's Nissan Altima on the Gold Coast in 2016.

“I’m going to have a blast, I’ll have a bit of a dip at it too, but obviously being safe."

Ingall, now part of the Supercars TV broadcast team, does have prior form in T8 machinery, having driven one of the team's customer cars during his time with Paul Morris Motorsport.

He also raced a Triple Eight Holden Vector at the Super Touring-spec Bathurst 1000 alongside fellow Supercars TV commentator Greg Murphy back in 1998.

Ingall retired from full-time Supercars racing at the end of the 2014 season, before a remarkable run of injury replacements during the 2015 Season of Endurance. He first stepped in for Holden Racing Team driver James Courtney at Sandown and Bathurst following a freak helicopter-related injury, and then at Tickford on the Gold Coast thanks to Chaz Mostert's nasty Bathurst shunt.

He was then signed by Nissan Motorsport for the 2016 endurance races, making his last Bathurst start alongside Kelly.

Bamber is one of three co-drivers not in Queensland for this weekend's additional session, the others being Scott McLaughlin's partner Alex Premat and Garry Rogers Motorsport driver Richard Muscat.