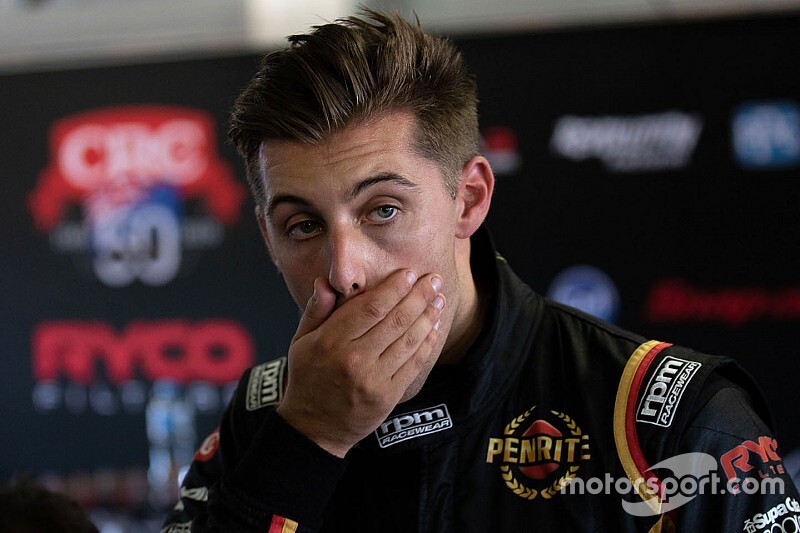 Supercars action returned to TV screens this week – but not as we've seen it before.

The category's long-awaited Inside Line docuseries, a behind the scenes look at Erebus Motorsport's 2019 season, finally premiered on Fox Sports on Tuesday night.

It's all part of a new content strategy, inspired in part by the UFC, that aims to create a more enduring relevance for the series between race weekends.

It's not a reaction to the coronavirus pandemic, it's been in the works for well over a year. But it is fortuitous to have this kind of content in the bank during this indefinite break in racing.

The unavoidable fluff was, however, countered with some heart-breaking detail. Betty genuinely opened up about her remarkable childhood, starting from when wealthy shopping centre magnate – and Nazi concentration camp survivor – John Saunders plucked her out of an orphanage in Sydney.

“They rang [the family] up and said they have a boy here who matches your colouring," she explained.

“They went there and my father goes, ‘hold on, let me just have a look’.

“I was the last child that came in and because I was drug dependent... he thought I was giggling. I wasn’t giggling, I was probably off my tree or something.

“He said, ‘I like her, she has got a sense of humour’ and he took me instead.”

A stroke of luck, sure, but it didn't lead to the easiest of childhoods. Betty then revealed that her mother Eta took her own life amid a painful battle with cancer. She never got to say goodbye.

When it comes to documenting the rise of the team, from a humble GT operation to winning the Bathurst 1000, there are some omissions.

We hear that AMG Customer Sport was quickly on-board with the Supercars programme, but nothing about how Mercedes Australia was dead against it going ahead.

There's also not a mention of the fact that Shane van Gisbergen quite literally announced his retirement so he could get out of his Erebus contract, only to pop up in Adelaide and win a race in a Tekno Holden.

What is well-covered, though, is how precariously positioned David Reynolds' career was when he joined Erebus in 2016.

He'd tried and failed to stay at Ford Performance Racing. He missed his window to join Brad Jones Racing.

So – to put it harshly – he took what was left and joined a team that was, at the time, struggling.

As Neil Crompton says in this episode, "I was really worried". A lot of us were. But what a decision it's proven to be.

The introduction of the drivers also includes some fascinating insight into Anton De Pasquale joining the squad in 2018. Betty has referenced having to be talked into signing the youngster before, but the documentary offers more detail on her reservations.

She also admits she kept score of the driver she wanted to sign, believed to be Will Davison, against Anton in that first season.

Episode 1 concludes with a trip to Adelaide for the 2019 season opener, and what we all really tuned in for – a good old-fashioned Barry Ryan blow-up.

Anton smacking the wall at Turn 8 in qualifying was a nightmare for the poor guys and girls that had to fix the car. But it was a dream for the documentary crew.

Betty is repeatedly referred to as the mother figure within the team, but there's nothing more parental than Barry's initial reaction to Anton's shunt.

The moment he says he's disappointed in him hits hard. He even caps it off with a classic "I wasn't angry".

It's not until Adelaide that we see some proper David Reynolds weirdness, too.

Paul Morris teases it with a perfectly-delivered "he's not normal, he's dead-set not normal" early doors. But that quirky sense of humour doesn't get a run until near the end, when he tells an autograph hunter asking for some delicately-placed pen work that "it's weirder when I have to sign man boobs".

The series continues on Thursday, when we'll head to Tasmania to watch 'bolt-gate' and – hopefully – the resulting Barry meltdown unfold.