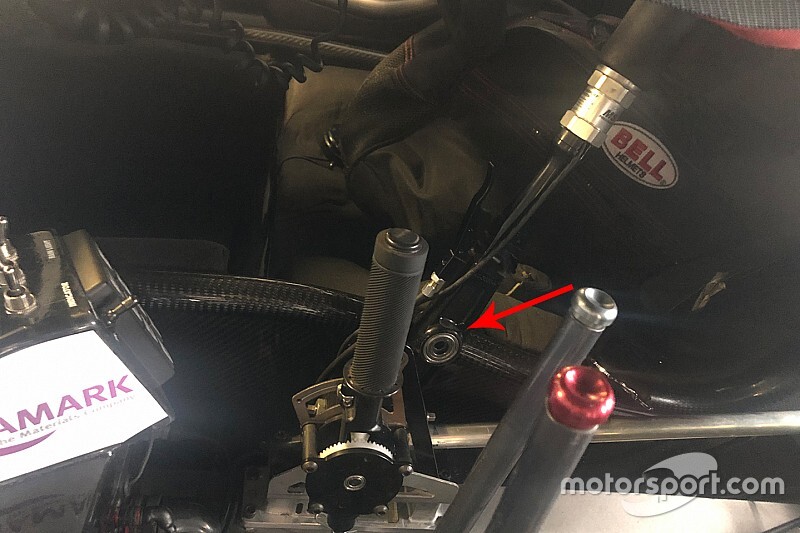 The second episode of the warts-and-all Supercars docuseries Inside Line offered the first proper look behind the curtains at Erebus Motorsport – and boy was it fun.

One of my personal highlights of the 2019 season was a group media chat with Barry Ryan in Tasmania after Anton De Pasquale's gear shifter failed.

After pointing out the missing pivot bolt from the bottom of the shifter, Barry was, inevitably, asked why it had gone missing.

The response was that it could have either failed or not been tightened up correctly. And Barry, in casual, dictaphone-less chat, didn't seem all that convinced it had failed...

To recap, Anton had been on for a career-best (at the time) seventh place when the shifter departed the rest of the car after he'd plucked a cog.

He was told to stay out and try and salvage something stuck in fourth gear, but declined that offer.

"Dude, I'm in the pitlane," he told engineer Mirko de Rosa over the radio.

"I don't know what you don't understand. The gear lever is in my hand."

The radio exchange provided a good laugh in the media centre, but it was clearly no laughing matter at Erebus. After all, there's nothing amusing about a seventh becoming 23rd in the blink of a loose nut.

While at the time human error was the chief suspect, the documentary reveals that there was indeed a spec issue at hand.

"We sold a car over Christmas, and we got the spare gear lever out of the truck to put in Anton's car and it had a different spec bolt and nut on it," explains Barry.

Brad Packham, number one mechanic on the #99, weighs in too.

"It's not something that every mechanic goes in an puts a spanner on a nut on the gear lever," he says. "Because once it's on, it's on. And it should never fail.

"It was so random. I got so furious at myself that something like that happened on my watch."

With the basics covered in Episode 1, there's little doubt the second episode ramped things up in terms of real insight.

There's a fascinating behind the scenes look at pitstop practice, some genuine stewards room footage, and proof beyond doubt that Barry is the world's worst liar when he tries – and fails – to trick David Reynolds into thinking he's copped a 30 second penalty.

Speaking of Reynolds, his role in Episode 2 starts with some entertaining banter between him and his (equally mad) partner Tahan Lew Fatt, and then descends mostly into either yawning or burping.

It's the vintage Reynolds we all wanted to see.

The episode winds up with another Anton storyline, and this one has a happy ending. He finishes third, behind the runaway Penske Mustangs, at Phillip Island – his first podium and the ultimate redemption to the bolt drama in Tassie.

By then, though, Betty Klimenko has already pitched him to DJR Team Penske.

"I think Anton, if you looked at him from outside the team, is a perfect Penske driver," she says.

"The hair is quaffed, the manners, everything else. Unfortunately he's found a home with people who are not so quaffed..."

Of course Anton, currently on a one-year Erebus deal, has been linked to a Penske move should Scott McLaughlin make his IndyCar move.

Inside Line resumes next Tuesday, when it's off to Perth to race under lights.