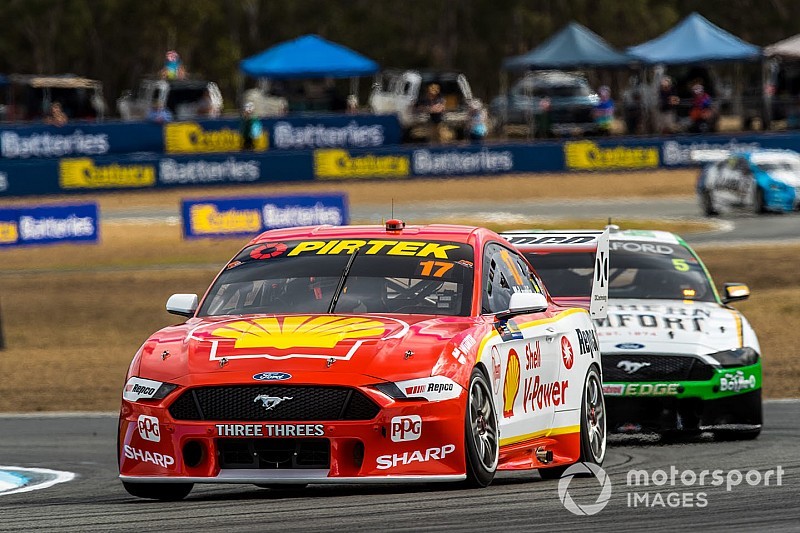 McLaughlin made an unspectacular start to the 30-minute session, even taking a trip through the Turn 6 gravel after out-braking himself on older rubber.

It wasn't until the mid-point that he first appeared at the top of the time sheets, replacing early pacesetter Anton De Pasquale with a 1m09.362s.

With two minutes to go Reynolds jumped to the top with a green tyre run that yielded a 1m09.251s.

However McLaughlin was up to the task, pipping his fierce rival by 0.05s right at the flag.

Will Davison was the best of the Tickford Mustangs in third, ahead of teammates Chaz Mostert and Cam Waters.

Todd Hazelwood was once again the best of the Triple Eight-built Holdens in sixth, followed by Scott Pye and Tim Slade.

De Pasquale slipped back to ninth while Lee Holdsworth rounded out the Top 10.

There were a number of big names off the pace, with Shane van Gisbergen just 14th and Fabian Coulthard down in 16th.

Jamie Whincup was just 18th quickest, although blamed tyre condition for his lowly spot in the order.

For sure there's a lot to come from the car, but a lot of it is tyre-related. I was P3, there or thereabouts in the middle of the session, and then everyone put tyres on at the end.