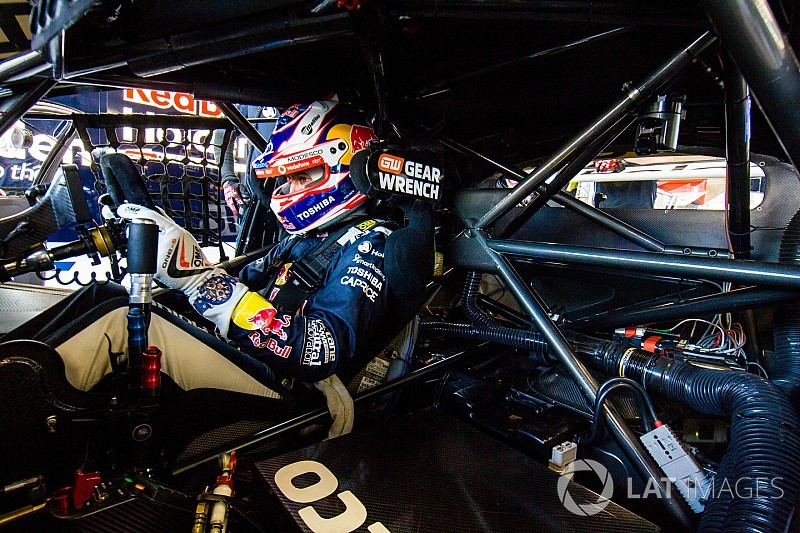 The start of the session was affected by weather, a brief rain shower leaving times stranded in the mid-1m10s for the first 10 minutes or so.

Not long after the 10-minute mark conditions started to improve, Craig Lowndes the first into the 1m09s with a 1m09.716s.

Two minutes later Rick Kelly and Scott McLaughlin engaged in a short battle over top spot. It started with Kelly going quickest with a 1m09.636s, McLaughlin jumping him immediately with a 1m09.617s, before Kelly went faster again on his next lap with a 1m09.515s.

It wasn't until later in the session that Kelly's time came under threat, Lowndes going within 0.05s with 10 minutes to go, before Michael Caruso almost matched Lowndes' time inside the final minute.

But ultimately it was a last-gasp effort from Whincup that finally knocked Kelly off, the Triple Eight driver banking a 1m09.390s on his final run.

Kelly, Lowndes and Caruso ended up second, third and fourth respectively, while David Reynolds was shuffled back to fifth with a lap that had initially put him second with a little over 10 minutes to go.

Scott McLaughlin did more laps than anyone on his way to sixth, slotting in a couple of hundredths ahead of Chaz Mostert. Fabian Coulthard was eighth quickest, Richie Stanaway second-best of the Tickford Fords in ninth, and Scott Pye rounding out the Top 10 in his Walkinshaw Holden.