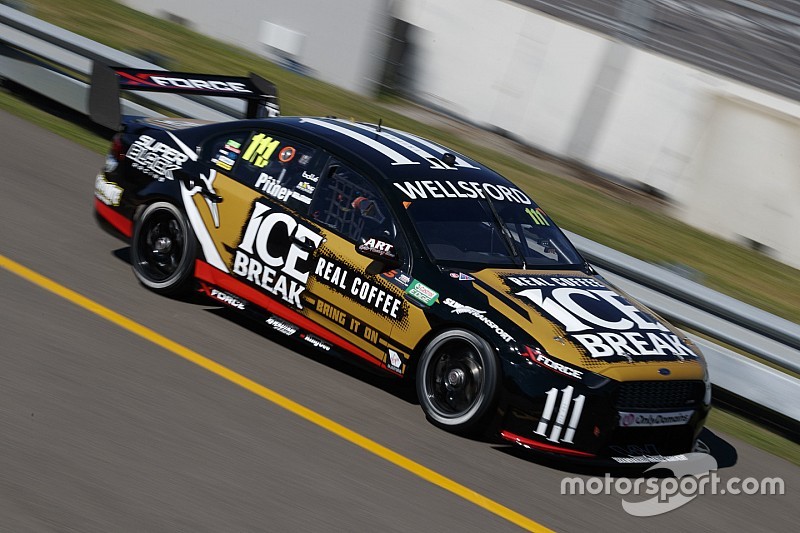 The New Zealand backed up his practice pace with a 1m10.037s on his final run, improving by nearly half a second to jump to the top of the order.

It was enough to give the rookie his first ever Supercars pole position.

“When my engineer told me I was on pole I had to pinch myself driving down pitlane,” he said.

“The car has been quick the whole time. I didn’t know if we’d manage that this year, but absolutely amazing feeling. Hopefully this is a turning point for this year.”

Mostert will share the front row with Pither, also making gains on his final run to fall just 0.05s of pole.

Jamie Whincup finished the session third fastest, having been on top with a minute to go before Pither and Mostert improved. The Triple Eight driver held off team-mates, and title rivals, Craig Lowndes and Shane van Gisbergen.

Fabian Coulthard, the lone Penske Ford in the field after Scott Pye’s practice crash, was sixth quickest, ahead of Mark Winterbottom, Michael Caruso, Tim Slade, and Will Davison.

Surprisingly there were no Volvos in the Top 10. James Moffat was best of the GRM S60s in 13th, one spot ahead of team-mate Scott McLaughlin.

Pye: “I let go of the wheel and copped it sweet”