Garry Jacobson has taken the blame for his session-ending clash with Lee Holdsworth in practice for the Adelaide 500. 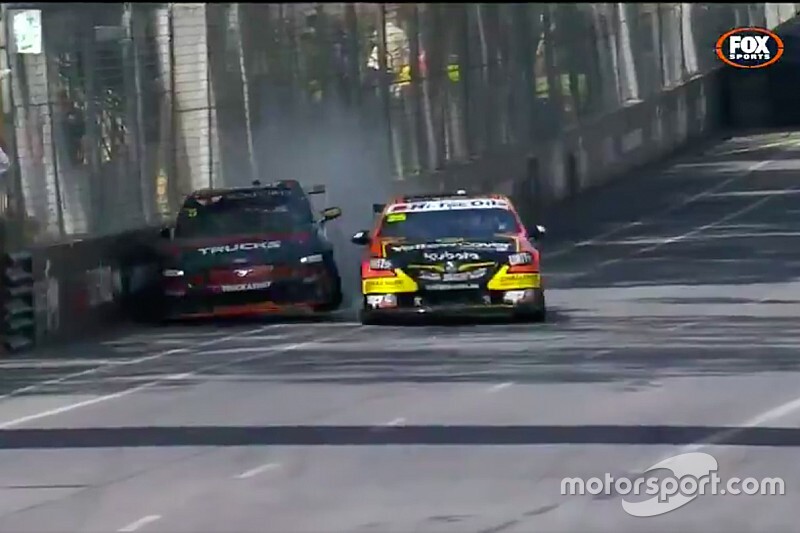 Jacobson meandered onto the racing line through Turn 3 while on an out-lap late in the session, right as Holdsworth arrived on a flyer.

The pair made side-to-side contact before both coming to a rest down the escape road at Turn 4, Jacobson apologising to Holdsworth on the spot.

“I was going too slow. I had a green set of tyres on, was doing brake temp.

“When I was going up the hill from Turn 3 to 4 I thought I’ll stay to the right, he’ll go left.

“I saw him struggling in the mirrors and I think it was just a clumsy error on my behalf.

“I’m sorry to Tickford and to the boys. When it’s your fault, it is your fault.”

Jacobson has since been fined $1000 for the clash.

Holdsworth said the incident was "annoying" but accepted Jacobson's apology.

“We just went out on greens, we’d tuned the car up and were getting somewhere,” he said.

“I came through Turn 1-2-3 fully committed, had the lights on and saw Jacobson up the road. I just assumed he would get out of the way but he sat on the racing line.

"I went to go left, he went left, so then I went right and he went right.

“It’s one of those things. It’s a bit annoying at this stage of the weekend. He straight away said sorry, he stuffed up. We’ll move on.”

The resulting red flag robbed the session of the usual last-minute scramble of quick times, leaving David Reynolds on top.