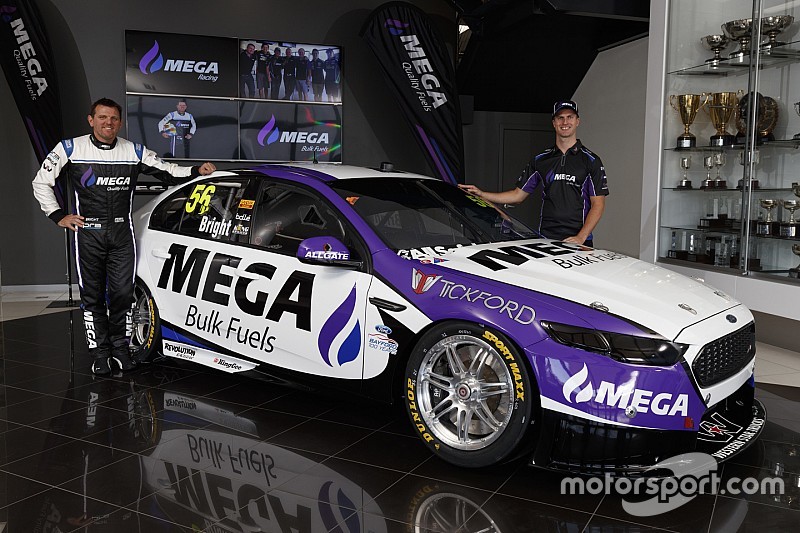 Jacobson, who is part of Prodrive Racing Australia’s Super2 line-up, was confirmed as Bright’s co-driver at today’s livery unveil of the Mega-backed Ford.

It means he will make his first main series start no later than the Sandown 500 in September, and will then share the #56 Mega Ford with Bright at Bathurst and on the Gold Coast as well.

"It's an honour to be given the opportunity to drive alongside Brighty in the Supercars main series as a co-driver," said Jacobson.

"It's exciting for me to gain even more experience in these cars and it shows that the team and Tim trust in my ability and trust that I can do the job on the day."

The veteran racer returns to PRA for the 2017 season after a long stint with Brad Jones Racing, and has already had a small sample of the FG X package with a test late last year.

"The car didn't do anything surprising but it was quite different to what I'm used to,” said Bright.

“Having said that I was comfortable in the car quite quickly and that will only improve when it is set up to my specifications.

"How the car behaves will obviously be different again when we go to Sydney Motorsport Park for the test day as well, particularly with the introduction of the new tyre construction so it'll be a lot to acclimatise to on one day.

“But I'm confident that I'll be ready to take on Clipsal by the end of it."