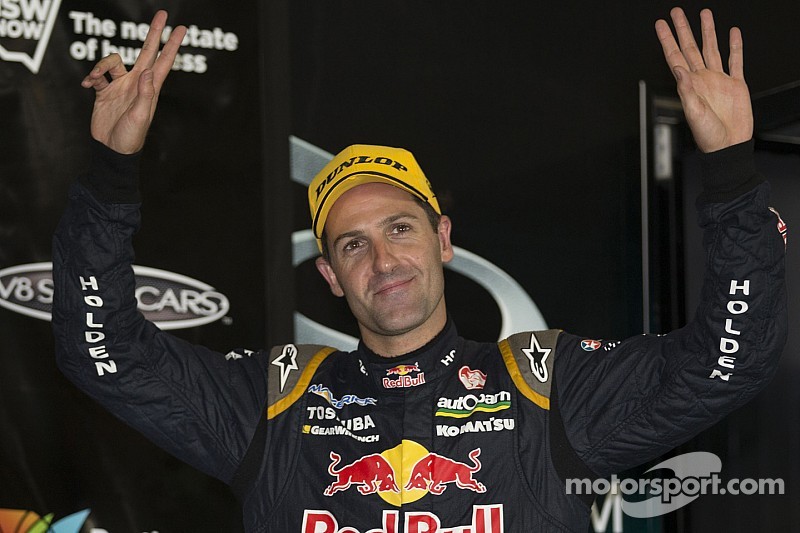 V8Supercars has released a press release calling Jamie Whincup is the greatest driver in the history of Australian motorsports.

This year, he eclipsed the record five titles held by Dick Johnson, Mark Skaife and Ian Geoghegan, giving him the all time championship winner title with six.

While it’s not far fetched that the now six-time V8 Supercar Champion can hold that title, he knows there is more for him in the coming years.

“I know this moment won’t last forever, I’m in a very critical and amazing part of my life - it could be the best part of my life, I’m not sure,” Whincup said.

Trying to back it up

“But I’ll try come out again next year and try and do what I’ve done in the last three years, keep backing up, trying to improve and riding this massive roller coaster for as long as I can.”

Depsite holding plenty of points heading into the season finale, Whincup said the celebrations have been put on hold until after the season is over.

“We’re very good at bottling our emotions,” he said

“We’ve had so many good things happen this year, we’ve had some big wins at places like Townsville and a huge win on the Gold Coast. You probably wonder what we do on a Sunday night. We just go home and go to bed, have a couple of bottles of water, go do a recovery swim in the morning and off you go again. You bottle all of that emotion until moments like these where you reflect on what the year has been and all the good things that have happened.”