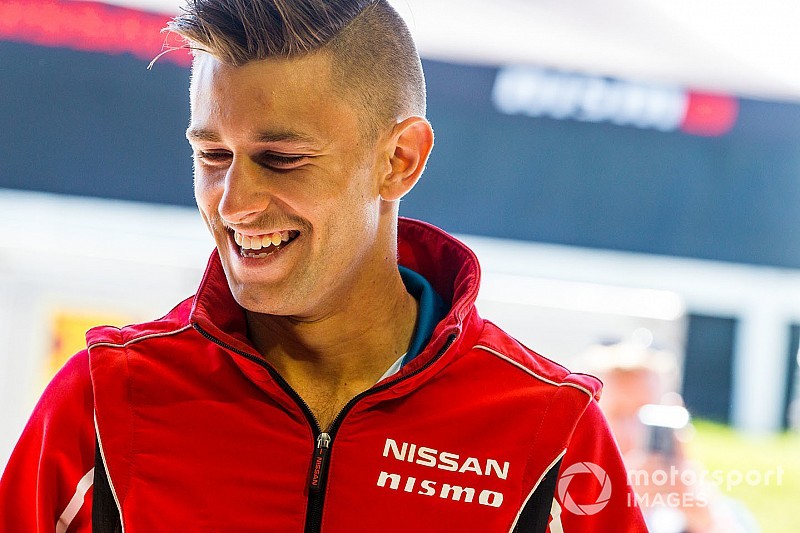 Kelly Racing has confirmed that Andre Heimgartner will return to the four-car Supercars squad for a second season.

As first reported by Motorsport.com, the Kiwi has been retained for 2019 in a line-up that will also feature main game rookie Garry Jacobson.

Heimgartner's new deal comes off the back of an impressive debut season in Nissan hardware last year, which saw him finish 17th in the points and second-best of the four Altimas.

His finish to the season was particularly strong, Heimgartner making the Top 10 Shootout at Pukekohe and finishing in the Top 10 in both races in Newcastle.

“It’s great to finally announce my return to Kelly Racing for 2019. I can’t wait to get into the new season,” said Heimgartner.

“We had some strong results at the end of last year and with the continual development of the Altima over the summer, I’m confident that we will be able to hit the ground running.”

Team owner Todd Kelly added: “Andre has developed into a great asset for our team and we are excited to continue our journey with him.

“He has a natural born ability to drive race cars – fast and hungry. I’m confident that we are going to see the best of Andre this year.

“The whole Kelly Racing team has barely stopped this off-season and, with the input of Andre and his #7 crew, there’s a positive vibe heading into the pre-season test at Phillip Island.”

Heimgartner will be teamed with Rick Kelly, Simona de Silvestro, and the yet-to-be-confirmed Jacobson, which is set to be made official early next week.

It will be his fourth season as a Supercars full-timer, following a debut in a Tickford-run Super Black Racing entry in 2015 and a switch to LD Motorsport for 2016.

He spent 2017 mostly on the sidelines, before impressing as a last-minute replacement for the injured Ash Walsh at Brad Jones Racing for the Bathurst and Gold Coast races.

That led to a deal with the then-Nissan Motorsport outfit to replace Todd Kelly for 2018.