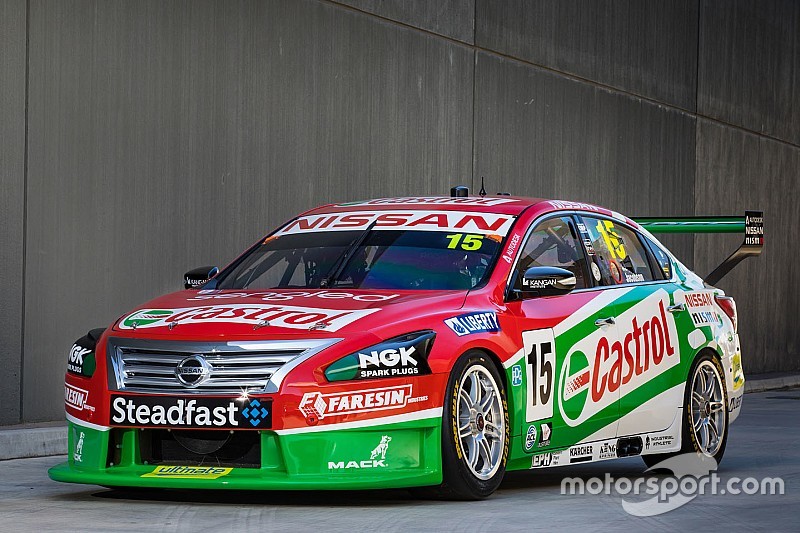 Rick Kelly's factory Nissan will run an iconic Castrol livery at the retro-themed Sandown 500 this weekend.

Kelly's Altima will switch from its regular Castrol backing to a paint scheme based on the famous Castrol Perkins Racing Holdens that were raced by Larry Perkins, Russell Ingall, and Steve Richards during the 2002 season.

The link between Nissan Motorsport and the Perkins outfit extends beyond the relationship with Castrol. Back in 2009 the Kelly Racing outfit – which would later be run under the Nissan banner – was based on two Racing Entitlements Contracts and a significant amount of hardware from the Perkins team.

Adding to the significance is that Kelly made his full-time Supercars debut in 2002.

“A lot of my memories of our sport are signposted by the Castrol cars that raced at that time," said Kelly.

“This car is particularly special for me because 2002 was my first full-time year in the championship. So itʼs quire surreal to see a car that I raced against, but with my name on it.

“Castrol is such an iconic brand in motorsport with a rich history and emotional connection with fans. We’ve had fans at every event this year support us because of Castrol which is an absolute honour.”

"When we started our Kelly Racing operation, we were in-part born out of the Perkins Engineering outfit, so it is a proud moment to represent that era with this special livery."

Nissan is running two retro liveries this weekend, having pulled the covers off a 1960s look for Simona de Silvestro yesterday evening.

The contenders for Supercars enduro glory