Supercars has backflipped on its unpopular decision to axe Mark Larkham from its broadcast team. 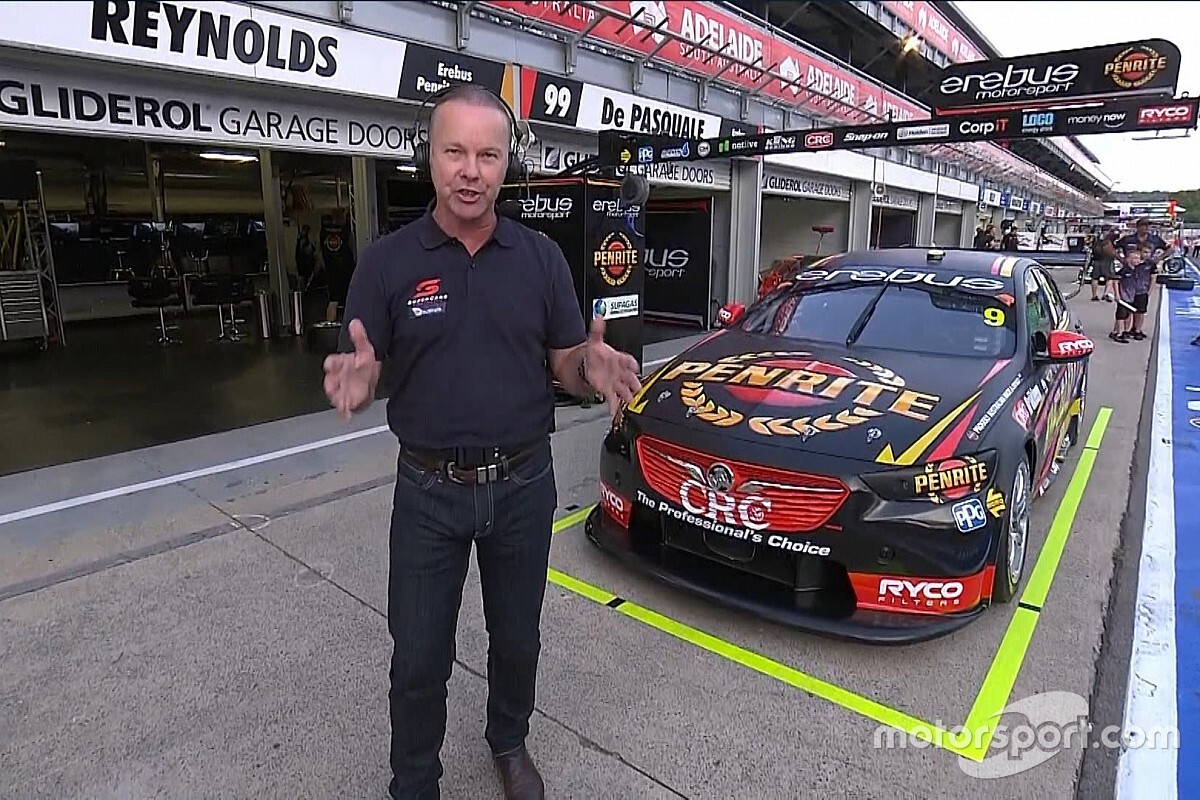 The former racer was initially left without a role in a new-look broadcast line-up for 2021, the first year of a new TV deal with Fox Sports and the Seven Network.

His axing came as part of a push from Supercars to be less technical, and more appealing to a broader audience, in its broadcast.

But the decision sparked a furious reaction from fans, with an online petition and 'Save Larko' social media campaign reaching huge numbers.

The backlash swiftly led to a re-think at Supercars HQ and prompted efforts to reconcile with Larkham and bring him back into the fold.

Those efforts have been successful, Supercars confirming today that Larkham will be back on TV screens this season.

"We do listen, and it is clear how much the fans love Larko," said Supercars CEO Sean Seamer.
"It was a mistake for us to part ways, but the outpouring of support from our fans proved we couldn't carry on without him.   It gives us great pride in knowing how strongly our fans care about Larko, and how much they care about Supercars."

Supercars is understood to have reached out to Larkham shortly after his axing went public, but was met with a hesitant reaction from the popular pundit.

That theory is backed up by Larkham's own comments regarding his reinstatement, in which he thanked Supercars for giving him time to make a decision about his immediate future.

"Like Supercars, I could not in good conscience ignore the will of the fans whose very participation has kept me in the business for most of my life," he said.

"At the end of the day, this is not about me, this is about the fans. The fans that love our sport, watch our telecasts, buy tickets and team merchandise, and keep the whole show alive.

"They spoke, Supercars listened and responded.

"So in a really good way, over Christmas you did put an enormous weight, not burden, on my shoulders, and Supercars gave me lots of time to consider my position, and I thank them for that.

"Add to that my deep love of our sport and the fact that Supercars, and Sean in particular, allowed me to agree a very clear pathway back in, where most importantly I can continue to do what I do, including bumble, fall, drop things and make mistakes."

While not confirmed, Neil Crompton and Mark Skaife are expected to continue as race callers for Supercars this season.

Craig Lowndes is set to continue his analyst role alongside host Jessica Yates, while Garth Tander is in talks regarding a broadcast role as well.