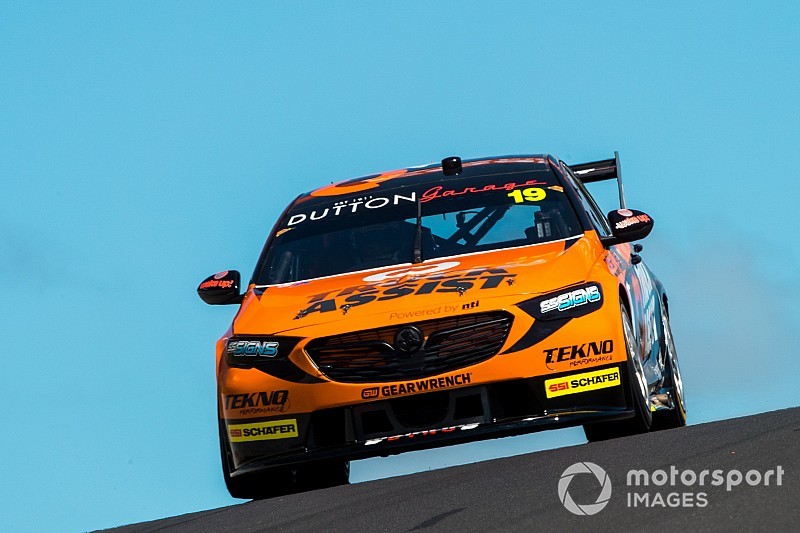 Supercars rookie Jack Le Brocq says he expects a "business as usual" return to Tekno next season, amid uncertainty over the make-up of the single-car team in 2019.

Le Brocq was one of five highly-rating rookies to come into the series full-time this season, teaming up with 2016 Bathurst 1000 winners Tekno Autosport as a replacement for outgoing star Will Davison.

While the partnership has been successful enough – Le Brocq currently the best-placed rookie in the points – both team and driver have featured in the silly season speculation.

There are still a number of seats on the grid to be sorted out, with Tickford Racing and what is currently known as Nissan Motorsport yet to lock down its driver line-ups.

Le Brocq has history with both of those squads, having raced in Super2 and the enduros with Tickford, before moving to Nissan for the enduros and its partner programme with MW Motorsport in Super2.

However, while admitting that other teams have reached out, Le Brocq says he signed a two-year deal with Tekno and he expects to be with Jono Webb's squad next year

"That's the plan. We've just got to go through all the minor stuff with Jono. It's on a bit of paper, we've just to sort out the little bits and pieces.

"We'll be on the grid next year. It should be good to get another year under my belt.

"We've had contact with other people, but it's one of those things. We've got a bit of paper in place, and as far as we're aware it's all the same [as 2018].

"We're happy where we are."

Tekno's future has been subject to speculation as well, with uncertainty over how and where the Racing Entitlements Contract will ben serviced next year.

The team is currently running what is a new Triple Eight ZB Commodore chassis, bit fitted with 2016-spec running gear.

It's also about to lose team boss Adrian Burgess, who will take over the Head of Motorsport role at Supercars next year.

Should a second season with Le Brocq not materialise, the team has been linked to a potential deal with on-the-market Lee Holdsworth.

Reflecting on his debut full-time season, Le Brocq reckons the top rookie honour – all but wrapped up heading to Newcastle – was his goal coming into the year.

Given that he's had to not only make the step up to the main game, but re-learn right-foot braking to get the best out of the Commodore package, he says ticking that box will leave him happy enough.

"I'm still the top rookie at the moment, which is what we wanted to do, that was the aim," he said.

"We've had a pretty quiet last four or five rounds which has been disappointing, but it's just one of those things.

"We're working away, learning, trying to understand the package more from my side as I'm still not 100 per cent comfortable in the car.

"We're behind the eight ball with a few things in terms of updates with the car, so we're doing the best with what we can. I'm pretty happy, we've been in the Top 10 five times. That's what we hoped we were going to get at the start of the year.

"It'll be good going into a second year and hit the ground running. I've spent more time right-foot braking, I'm getting more confident with that, I'm stepping that up.

"So it'll be good to have another go at it."