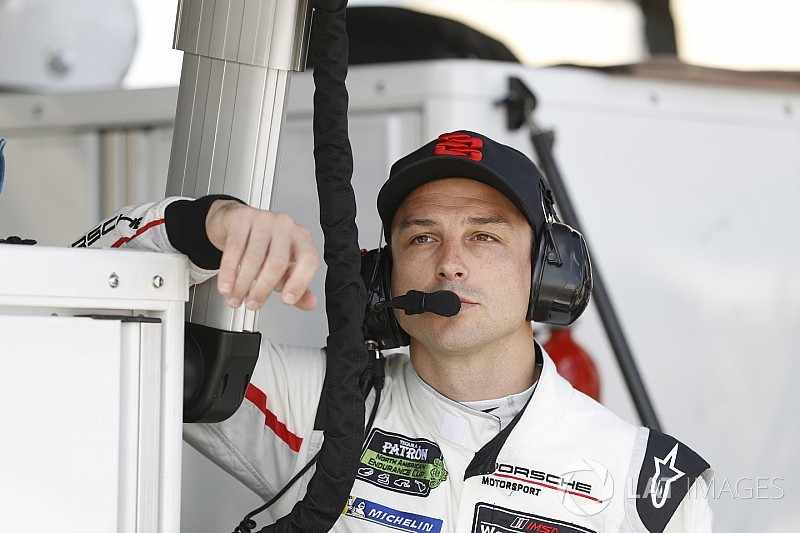 Earl Bamber has added to his Bathurst 1000 weekend commitments with a deal to race alongside Brenton Grove in the second-tier Super2 series.

As well as sharing the Red Bull Holden with Shane van Gisbergen in the Bathurst 1000, the two-time Le Mans winner will also share a VF Commodore with Grove in the 250-kilometre mini enduro for the Super2 series on the Saturday.

It means more Supercar laps for Bamber why has relatively little experience in the cars, and continues a long-standing relationship with Brenton's father Stephen Grove that has already yielded a pair of class wins at the Bathurst 12 Hour when they've shared Grove's Carrera Cup car.

“It has always been amazing to work with Grove Racing, for me, the journey started with them all the way back in 2013 when I was doing Carrera Cup as a completely unknown kid," said Bamber.

"Stephen was the one guy who gave me an opportunity and chance way back then, so it’s amazing to be able to drive with them still five years later.

“I’m really looking forward to pairing up with Brenton at the Bathurst 1000 this year in Super2.It’s going to be a mega challenge for both of us, the first time going to The Mountain in a Supercar for both Brenton and I – so that will be awesome.

“Brenton has got a steep learning curve as well so hopefully I can pass on a little bit of knowledge from what I’m learning in the main series, but also all around the world."

Bamber added that Grove running an ex-Triple Eight car – albeit a VF not a ZB – will make it a handy exercise when it comes to driving alongside Supercars title contender van Gisbergen on the Sunday.

“Sharing the car with Brenton is a massive help towards my Bathurst 1000 main game preparations; obviously it’s just more track time and chance to gain more track knowledge," he said.

“He’s in a Triple Eight car, one from last year, so the aerodynamic package is different, but certainly most things are still the same. It’s definitely a help.

“Overall, I’m just really looking forward to the Bathurst weekend and working with the Grove Racing guys and girls; hopefully we can grab some good results.”

Bamber drove the Grove Racing Commodore at Winton in a low-key test earlier this year to help kickstart his understanding of Supercars hardware. He then starred during the first practice session at Winton last month, going eighth quickest in wet conditions in van Gisbergen's ZB Commodore, despite running against mostly main series drivers.