"The worst it's been": Calls for less aero in Supercars 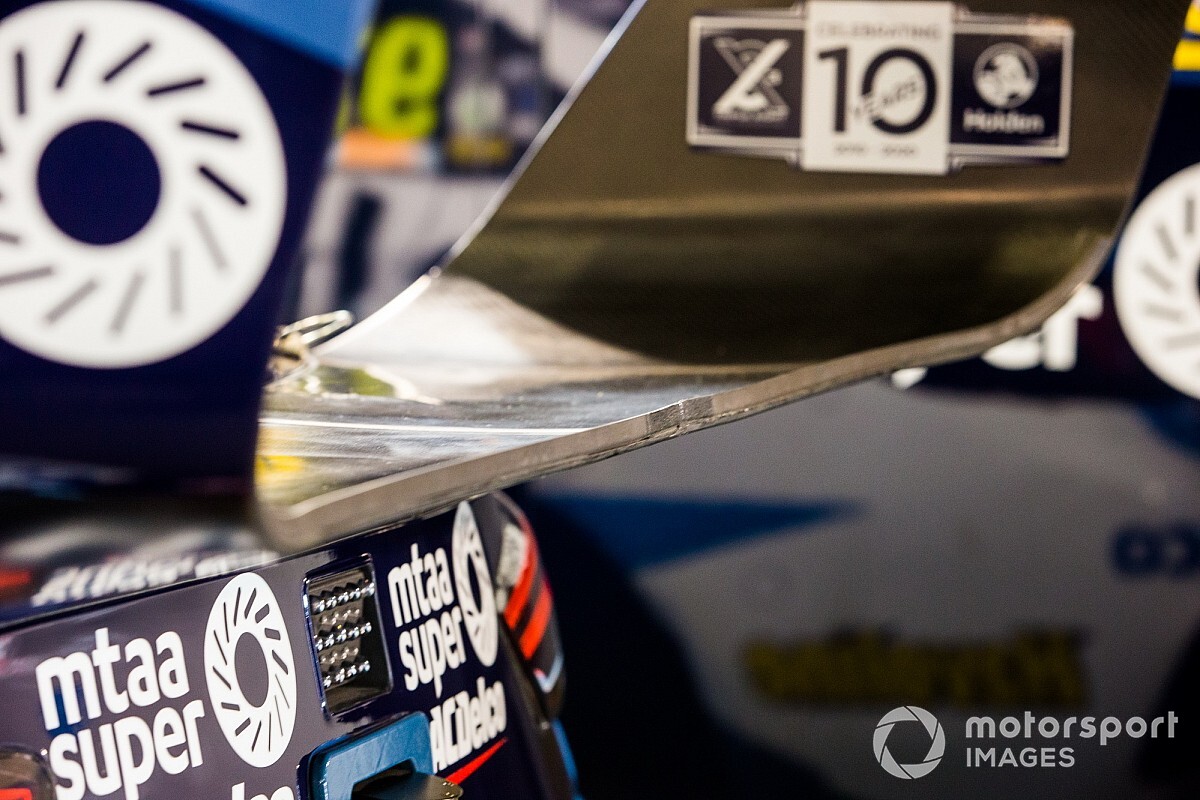 Supercars needs further aero cuts to promote better racing, according to a number of the category's leading drivers.

Aerodynamics has been a hot topic in the Aussie series for the past couple of seasons, with downforce levels rising through the introduction of the two latest models, the ZB Holden Commodore and the Ford Mustang.

There was a particularly steep increase in downforce during 2019, as aero packages were constantly tweaked following a rapid start for the new Mustang in the early part of the season.

Two rounds of homologation testing helped bring the downforce levels down by around 12 per cent for the 2020 season, however early indications in Adelaide were that aero wash was still a significant issue in traffic.

That was reinforced in today's third race of the season at Sydney Motorsport Park, Shane van Gisbergen referencing aero wash as the reason he couldn't overhaul Scott McLaughlin in the closing stages despite what looked to be a clear car speed advantage.

According to Fabian Coulthard, who spent much of the race in traffic after qualifying 10th, following cars is as difficult as it has ever been.

"This year is the worst it's been," he said. "It's so hard to follow. It's pretty much follow the leader, which for me is not enjoyable. Adelaide was the same.

"I've only got myself to blame for qualifying where I qualified, but it's definitely hard to pass. Hopefully we can sort something out, because obviously the fans want to see racing manoeuvres being made. Admittedly towards the end of the race when, with the tyre deg, there is some discrepancies between the cars there is some passing.

"But I feel like we should be able to have that sort of passing at any time in the race to spice things up."

Van Gisbergen offered an emphatic "yes" when asked post-race if the cars have too much aero, before explaining that even plans to develop a softer tyre won't help with lowering the downforce.

"Firstly, you've got to be able to follow the cars," he said.

"That will make the racing better more than the tyres. The aero following cars is the worst it's ever been, now, with the Gurney flaps."

While potentially having benefitted from the aero wash issues in the closing stages of today's race, McLaughlin still sees it as something that should be addressed.

"Until we get the downforce off the car and the dirty air lower, it doesn't really matter what tyre we put on it," said the two-time series champion.