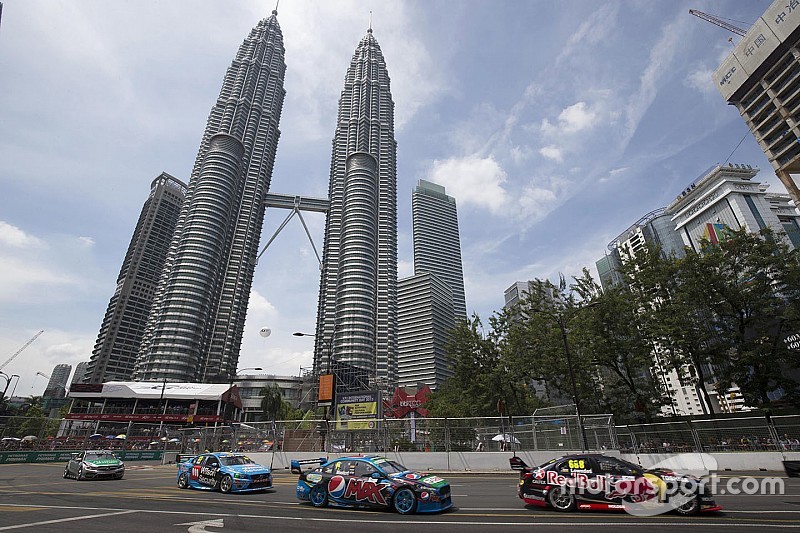 Craig Lowndes says the new Kuala Lumpur street circuit is up to challenge of hosting a full V8 Supercars championship round in 2016.

Lowndes was one of five V8 Supercars drivers to take part in a non-championship demonstration over the event’s inaugural weekend, which included three ‘races’ on the tricky street circuit.

While the weekend got off to a less-than-promising start, Friday’s running severely delayed by ongoing construction of the circuit, Lowndes was left with the impression that the event will be up to hosting a full, 26-car field in 12 months time.

"The circuit hasn’t under delivered, I think for us it’s been a great experience," said Lowndes.

"The circuit itself is quite technical and quite bumpy. It’s definitely a gutsy circuit and it needs a little bit of respect.

“If it was a championship weekend we’d be pushing a little harder, but this year it’s all about learning and understanding and to put on a good show. Overall it really is a good circuit for our cars.”

"From a V8 Supercars point of view it’s been a really good experience overall and we’ve enjoyed coming to the KL City Grand Prix, even if we’ve got hot and sticky doing it,” he said.

“We’ve enjoyed it and it’s been good fun to be here so I think it’s got a lot of scope for the future."

V8 Supercars will now determine if it will go ahead with a four-year agreement with the event to be the headline show – as a full championship round – from 2016 onwards.