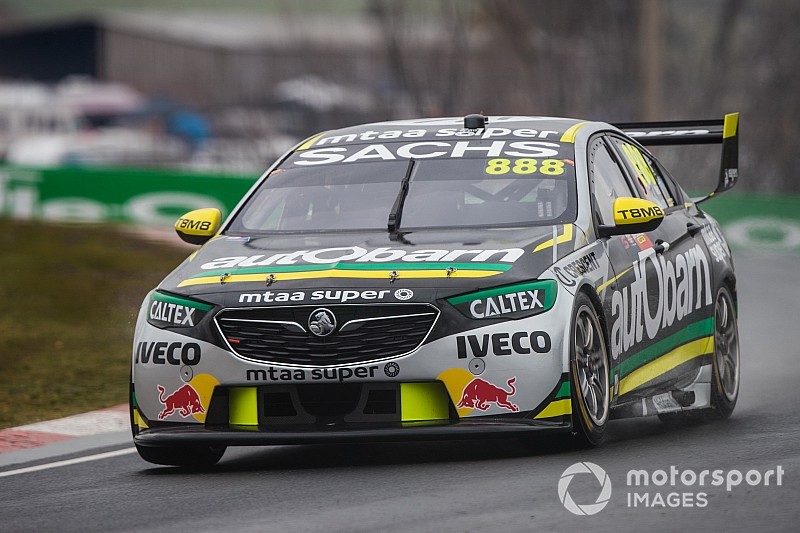 Craig Lowndes is bracing himself for an emotional final appearance in a Bathurst Top 10 Shootout tomorrow.

The veteran superstar will retire as a full-time driver at the end of the current Supercars season, before settling into a co-driver role with Triple Eight from 2019 onwards.

While that means he'll be making more Bathurst 1000 starts, today was his final opportunity to qualify for the Great Race.

And he put it to good use, making the Top 10 Shootout for the first time since 2015 thanks to his final run after a late stoppage in regular qualifying.

As a result, he'll make his final ever Top 10 Shootout appearance at Mount Panorama tomorrow – and despite being confident he can keep his emotions in check for the lap itself, he admits the cool-down lap will be something special.

"To be honest sixth is a great position for me, every time I've done well here I've been on the third row. I'd be happy to qualifying fifth or sixth tomorrow.

"I think we'll go out and focus on the lap. Probably at the end of it, when I drive around and do the cool-down lap, it will be more emotional then knowing what we've achieved.

"The biggest thing was to be part of the 10 this week, and that's the first tick. Tomorrow the second tick is keeping it off the wall and doing a clean lap, and see where we start the race."

That fairytale final appearance in the Top 10 almost didn't happen, Lowndes and co-driver Steve Richards having been hit with a power steering problem during practice this morning.

Luckily for them the lost track time was all in the wet, while qualifying was in the dry, which meant the lengthy search to find and rectify the issue wasn't as costly as it could have been.

"It took a while for us to chase it down," said Lowndes.

"What we actually found it was one of the hoses that had been kinked. It's wrapped in insulation, so it was something we had to chase down.

"We're lucky it we didn't lose a lot of track time because of the wet weather. If it was dry conditions we would have been a bit behind the eight ball."

Happy with anything on the first three row in terms of a starting spot, Lowndes added that tomorrow's morning practice will be spent working on race trim rather than one-lap speed.

"We'll work on the race car to begin with, make sure we're happy with that and it works on full tanks," he explained.