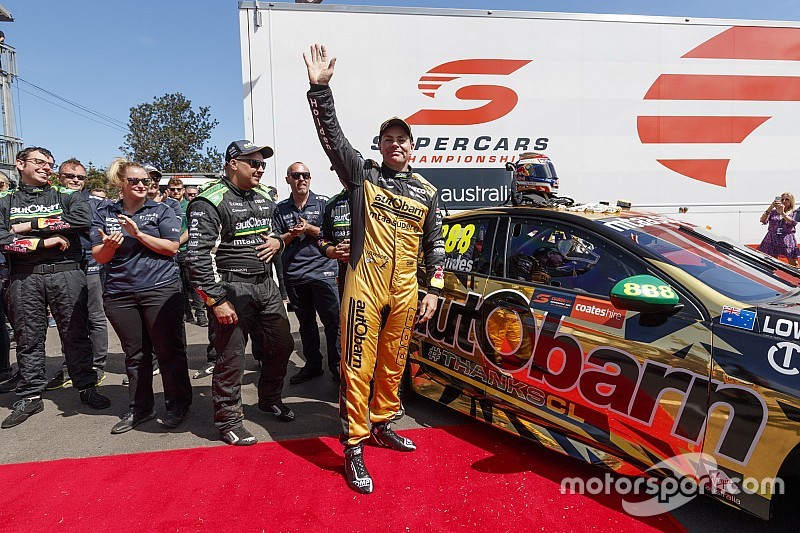 Craig Lowndes says he feels 'numb' after bringing his career as a full-time Supercars driver to a close in Newcastle this evening.

The veteran superstar made his final start as a series regular ahead of his new role as a dedicated Triple Eight enduro driver from 2019 onwards, his career as a full-timer yielding 107 race wins including seven Bathurst 1000 crowns.

There were a number of special tributes to Lowndes throughout the day, headlined by a guard of honour that stretched the length of pitlane in the build-up to the race.

While acknowledging that it was a special day, Lowndes said he feels 'numb' at the end of it all, and admitted that it's something that will be easier to reflect on in the future.

"No doubt over the next couple of days it will come to realisation.

"[Race engineer John McGregor] made a comment going into the last lap to enjoy it for what it is. And I did. I could see the crowd waving and cheering on.

"[The guard of honour] was really nice. We all have a lot of respect for each other. To see the whole of pitlane come out on the apron to show respect, I'll always remember that.

"To bow out of the sport on a high, and to really share the moment with everyone, to do that lap in the Commodore out of the sunroof – I haven't heard a crowd cheer that hard in my life – that was really special.

"To be able to sit back in years to come and see how that all unfolded, I think the memories will be more special going into the future than right now.

"For me, at the moment, it's a little bit... a bit numb, to be honest, knowing that I'm not getting into a car until October next year. It's a bit different." 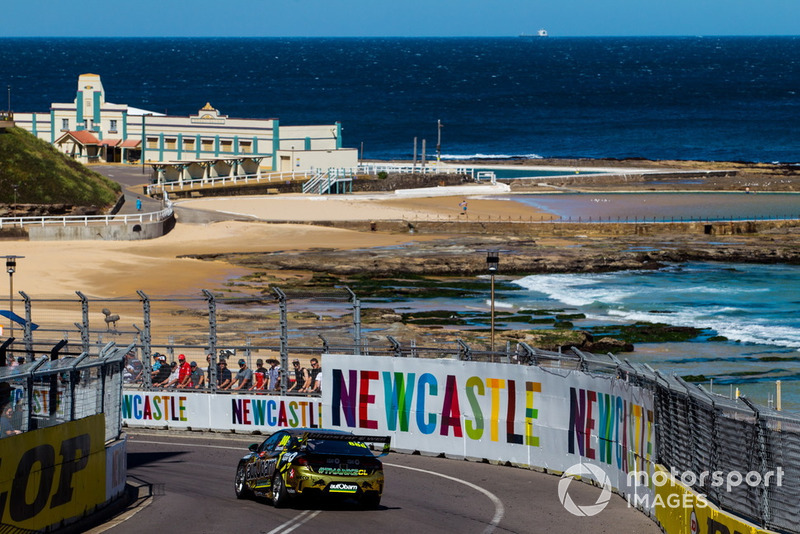 Something Lowndes did take some more immediate enjoyment from was his post-race burnout, although he admitted he had to be mindful of the hardware given the Bathurst-winning ZB Commodore has already been sold to collector and racer Scott Taylor.

"All I wanted to do was do a bigger [burnout] than Scotty [McLaughlin]," said Lowndes. "The engine is alright, I think it got to 105 [degrees]. It was in third gear, so I was making sure I didn't blow it up."

Lowndes finished his full-time career with an 11th place, spending part of the final stint in the lead before making a late stop in the hopes of a caution that might help him cut through the field.

"We opted to go for a long stint in the middle one to get a short stint home with green tyres," he said. "And it started to work initially, but we got to a point where the tyres plateaued."