Lowndes gets new backing for New Zealand Supercars round 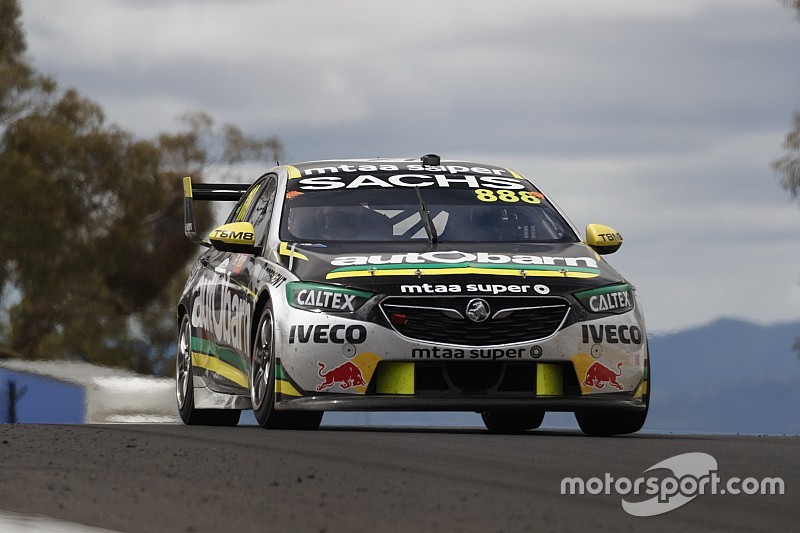 Craig Lowndes will carry primary backing from National Storage as part of a one-off deal at the Pukekohe Supercars round next month.

Having run in Autobarn colours all season, Lowndes’ Commodore will sport a yet-to-be-revealed livery for the New Zealand round thanks to an extension of Triple Eight’s existing deal with the storage company.

The new look will be showcased with a live launch on the Autobarn Lowndes Racing Facebook at 4pm AEST on October 25.

“We’re very pleased to welcome National Storage on board as the major partner on car #888 for the Auckland SuperSprint,” said Triple Eight boss Roland Dane.

“Since joining Triple Eight in July this year, they’ve been extremely supportive of what we do and have shown a great deal of enthusiasm for the sport.

“Alongside their support with an offsite storage facility, National Storage sponsor the two Red Bull Holden Racing Team cars and have activated a number of strong fan engagement activities this year, including several race experiences up for grabs at the Auckland, Gold Coast and Newcastle events.”

Fans can also submit their own National Storage livery on Instagram through the #NSLockerRoom hashtag, from which Lowndes will choose a winner that will take home his race suit from the NZ round.