Lowndes had ‘open and honest’ talks about disappointing season 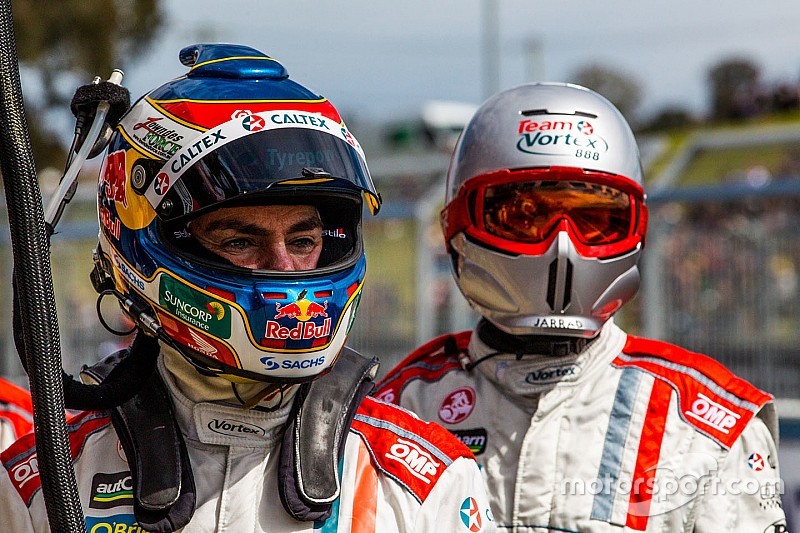 Lowndes slumped to 10th in the points last season, marking the first time he's finished outside the top four since he joined the Triple Eight squad back in 2005.

A drop in qualifying form was particularly noticeable with an average starting spot of 13.5 in 2017 compared to just under 8.6 in 2016.

According to Lowndes, the dip in performance led to some frank discussion between the six-time Bathurst winner and his engineer 'Irish' McGregor at the end of their first full year working together.

The focus for this year? Sticking to their guns rather than being tempted to mirror the Red Bull cars on the other side of the garage.

"Irish and I sat down in the last couple of weeks and analysed last year," Lowndes said. "We were both very open and honest about some of the failures that I created – driving mistakes and other things. Irish was very open that he was still learning and developing himself.

"He now has a lot more belief in himself, he has a lot more confidence that if we go down a path that is completely different to the Red Bull cars, that he believes that if that's the right one, we'll keep going down that track. We won't deviate back across.

"Last year we hurt ourselves a lot by going down a path but not continuing down that path, we went back to a Red Bull set-up and it didn't suit me.

"We've bonded a lot better over the last 12 months and with that we're much clearer now on our focus on where we want to be and what we want the car to be for me to be able to drive it fast."

In terms of addressing the qualifying issue, Lowndes says a switch back to a tyre construction similar to that used in 2016 should help him re-claim some single-lap speed.

"We struggled to maximise the tyre last year for one lap," he said. "We had good race pace, we always came back strong in the races, but our qualifying pace was just not good enough. If this '18 tyre is similar to the '16 tyre, I'm really confident that we can improve that.

"With the competition these days, you can't afford to qualify out of the 10 and expect to win a race. You've got to be within the 10.

"It's just so tough. Remember back in '99 when we came from the back of the grid at Clipsal and won the race? That doesn't happen these days."